How to feed the world by 2050? Recent breakthrough boosts plant growth by 40 percent 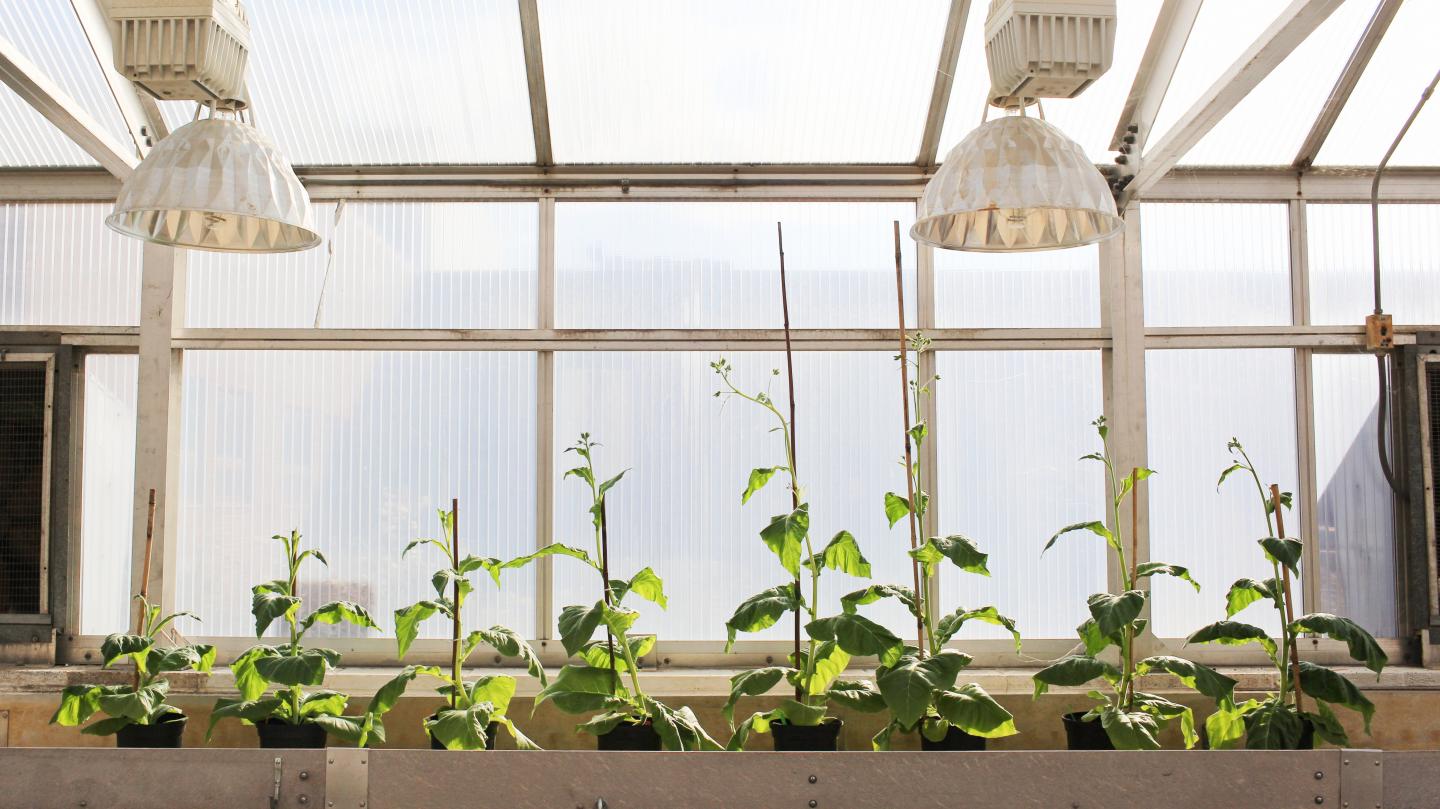 One of the most significant challenges of the 21st Century is how to sustainably feed a growing and more affluent global population with less water and fertilizers on shrinking acreage, despite stagnating yields, threats of pests and disease, and a changing climate. Recent advances to address hunger through agricultural discovery will be highlighted at this year's annual meeting of the American Association for the Advancement of Science (AAAS) at 8 a.m. Feb. 16, 2019, at the Marriott Wardman Park.

"The meeting this year is about 'Science Transcending Boundaries'--the idea for the session is to highlight research that is transcending scientific and knowledge boundaries, with the ultimate goal to transcend geographic boundaries and reach smallholder farmers in Africa," said Lisa Ainsworth, a scientist with the U.S. Department of Agriculture, Agricultural Research Service (USDA-ARS) and an adjunct professor of plant biology at the University of Illinois. Recently, Ainsworth was awarded the 2019 National Academy of Sciences Prize in Food and Agriculture Sciences.

Session speaker Donald Ort, the Robert Emerson Professor of Plant Biology and Crop Sciences at Illinois' Carl R. Woese Institute for Genomic Biology, will discuss the global food security challenge and a recent breakthrough in Science (see original news release) that boosted crop growth by 40 percent by creating a shortcut for a glitch that plagues most food crops.

"Plants have to do three key things to produce the food we eat: capture sunlight, use that energy to manufacture plant biomass, and divert as much of the biomass as possible into yields like corn kernels or starchy potatoes," Ort said. "In the last century, crop breeders maximized the first and third of these, leaving us with the challenge to improve the process where sunlight and carbon dioxide are fixed--called photosynthesis--to boost crop growth to meet the demands of the 21st Century."

This landmark work is part of Realizing Increased Photosynthetic Efficiency (RIPE), an international research project that is engineering crops to photosynthesize more efficiently to sustainably increase worldwide food productivity with support from the Bill & Melinda Gates Foundation, the Foundation for Food and Agriculture Research (FFAR), and the U.K. Government's Department for International Development (DFID).

"Land plants evolved with a biochemical glitch whereby a photosynthetic enzyme frequently captures oxygen instead of carbon dioxide, necessitating a convoluted and energy-expensive process called photorespiration to mitigate this glitch," said Ort, who is also the deputy director of the RIPE project. "Crops like soybean and wheat waste more than 30 percent of the energy they generate from photosynthesis dealing with this glitch, but modeling suggested that photorespiratory shortcuts could be engineered to help the plant conserve its energy and reinvest it into growth."

Borrowing genes from algae and pumpkins, the team engineered three alternate routes to replace the circuitous native photorespiration pathway in tobacco, a model plant used to show proof of concept before scientists move technologies to food crops that are much more difficult and time-consuming to engineer and test. Now, the team is translating this work to boost the yields of other crops including soybean, cowpea, rice, potato, tomato, and eggplant.

"It is incredible to imagine the calories lost to photorespiration each year around the globe," Ort said. "To reclaim even a portion of these calories would be a huge success in our race to feed 9.7 billion people by 2050."

Of course, Ort cautions, it will take 15 years or more for these technologies to be translated into food crops and achieve regulatory approval for distribution to farmers. When that day comes, RIPE and its sponsors are committed to ensuring that smallholder farmers, particularly in Sub-Saharan Africa and Southeast Asia, will have royalty-free access to this technology.

Other talks in this session will include "Discoveries to Improve Nitrogen Fixation in Cereals" by Jean-Michel Ane', a professor of agronomy at the University of Wisconsin-Madison, and "Genome Editing for Sustainable Crop Improvement" for the staple food crop cassava by Rebecca Bart, an assistant member at the Donald Danforth Plant Science Center, whose work is also supported by the Gates Foundation. The session will conclude with a panel discussion of how agricultural science is crossing traditional disciplines.

In addition, two leading plant scientists from the IGB will be inducted as Fellows of the AAAS: Andrew Leakey is a professor of plant biology and crop sciences at Illinois who studies plant responses to climate change as well as the development of crops that are more drought tolerant. Ray Ming is a professor of plant biology and an expert on plant genomics and sex chromosome evolution, which could help improve papaya production.