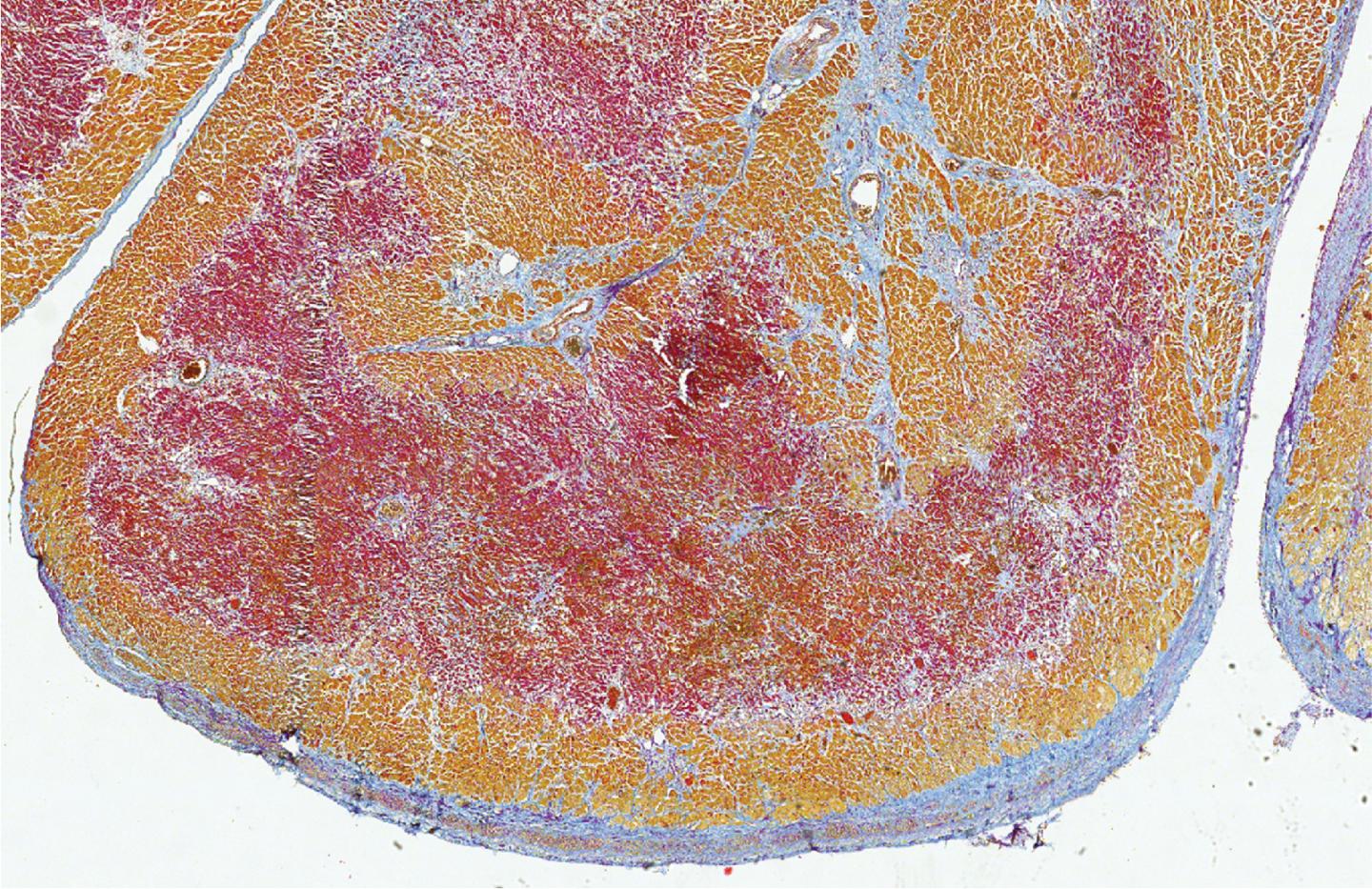 IMAGE: This is a slice of human heart tissue after a recent heart attack. The white area is the lumen of the heart. Orange: healthy cells, these cells are the border...

The heart of humans and mice does not completely recover after a heart attack. It now turns out that cells close to area of the heart attack respond to the damage resulting from the heart attack, and that this response is important for survival. This was discovered by researchers from the groups of Jeroen Bakkers (Hubrecht Institute) and Vincent Christoffels (Amsterdam UMC). Additional research on these cells, and on similar cells in animals in which the heart does completely recover after a heart attack, may lead to new treatments for patients with heart damage in the future. The results of this research were published in the scientific journal Circulation.

Cardiovascular diseases remain the main cause of death in the Western world. After a heart attack, scar tissue replaces the lost heart muscle. Because of this, the damage to the heart is permanent and patients are considered to have chronic heart disease. In some animals however, such as the zebrafish, the heart does fully recover after a heart attack. Researchers have already discovered previously that this recovery happens in the healthy heart tissue directly adjacent to the damaged area of the heart. This area is called the border zone. Studying this border zone in different species can teach us more about the response of the heart to a heart attack, so that we may eventually induce this response in humans to recover the lost heart muscle after a heart attack.

Researchers have now discovered that the mouse heart, which is permanently damaged after a heart attack just like the human heart, also develops a border zone. "In the border zone cells, the gene program that is normally active in the heart muscle cells was replaced by a gene program that helps the cells deal with the heart damage," says Karel van Duivenboden, researcher in the group of Vincent Christoffels (Amsterdam UMC). The researchers discovered that this program is incredibly important for surviving a heart attack. When they turned off one of the genes in this program, called NPPB, in mice with a heart attack, the chance of survival became much smaller.

Dream for the future