Harvard Stem Cell Institute (HSCI) researchers at Massachusetts General (MGH) and Boston Children's hospitals (BCH) for the first time have used a relatively new gene-editing technique to create what could prove to be an effective technique for blocking HIV from invading and destroying patients' immune systems.

This is the first published report of a group using CRISPR Cas technology to efficiently and precisely edit clinically relevant genes out of cells collected directly from people, in this case human blood forming stem cells and T-cells.

Though the researchers that believe this new approach to HIV therapy might be ready for human safety trials in less than five years, they themselves offered three strong points of caution:

The first and most obvious is that they could run into unexpected complications; the second is that the history of the HIV/AIDS epidemic is littered with "cures" that turned out not to be; and finally, even if this new approach works perfectly, it will require additional developments to be applicable in the areas of the world that have been the hardest hit by the epidemic.

The work, led by Chad Cowan, and Derrick Rossi, associate professors in Harvard's Department of Stem Cell and Regenerative Biology, is featured on the cover of today's issue of the journal "Cell Stem Cell."

HIV specifically targets T cells, a principal portion of the blood-based immune system, and enters via a gene receptor called CCR5 that serves as a doorway into the cells. Once inside the T cells, HIV replicates and kills off the host cells, leaving patients at the mercy of a variety of opportunistic infections.

"We showed that you can knock out CCR5 very efficaciously, we showed that the cells are still functional, and we did very, very deep sequencing analysis to show that there were no unwanted mutations, so it appears to be safe," Cowan said, adding that "there is obviously much more work to do.

"The next step is animal trials in collaboration with the Ragon Institute at Mass General," Cowan said. "There are excellent mouse models you can give a human immune system and then infect with HIV. We can give our cells to the mice and see if they're protected from HIV." Once those studies are completed, and if they are successful and complications do not arise, the next step would be to apply to the U.S. Food and Drug Administration to launch phase I human trials, which are designed solely to test the safety of new treatments. Cowan said it is too early to predict how soon such trials might begin.

David Scadden, a hematologist/oncologist who is both co-director of HSCI and director of the Center for Regenerative Medicine at MGH, called the new work "a tremendous first step in editing out what makes human cells vulnerable to HIV. It makes possible the idea that a person's own immune cells can attack HIV without being susceptible to it. Since this was done in stem cells, the entire immune system may be durably brought to bear on the virus. That's a powerful concept.

"This is something we absolutely have to pursue all the way to the clinic," said Scadden, who is also co-chair of SCRB. He noted that "related studies to improve the safety and ease of stem cell transplant will be needed to bring this work to a broad group of patients, but a generous gift by an MGH philanthropist has brought the gene editing and stem cell transplant teams together to accomplish just that."

What makes this work especially promising is that it may create a way to do for a large number of patients what was done for Timothy Ray Brown, the "Berlin patient." Physicians in Berlin gave Brown, who was suffering from both HIV-AIDS and leukemia, a transplant of bone marrow harvested from someone with a rare genetic defect that left the person free of the CCR5 receptor. For the six years since he received the transplant, Brown has reportedly been HIV free, and is thought to be the only patient ever "cured" of HIV-AIDS. If successful, the gene therapy treatment proposed by Cowan and Rossi might accomplish the same thing.

Cowan said the experiment was typical of work performed at HSCI. The stem cell biologist's group had just "started playing with the CRISPR system, and I was talking to Derrick, who's a blood stem cell expert, and we decided we should try this." So Cowan and his group did the gene editing in T-cells, while Rossi's group focused on the blood-forming stem cells.

"CRISPR has been used a lot for almost two years, and report after report note high efficacy in cell line A or cell line B. Nobody had yet reported on the efficacy or utility of CRISPR in primary blood stem cells," said Rossi, whose lab is in Boston Children's Hospital's Program in Cellular and Molecular Medicine. "But most researchers would agree that blood will be the first tissue targeted for gene editing-based therapies. You can take blood-forming stem cells out of a patient, edit them, and transplant them back."

In their "Cell Stem Cell" paper, Rossi and Cowan showed they could edit β2M out of T-cells and CCR5 out of hematopoietic stem/progenitor cells (HSPCs) efficiently, predictably, and precisely. They further showed that edited HSPCs could go on to produce the normal portfolio of blood and immune cells.

The pair also addressed concerns about just how exact CRISPR is. 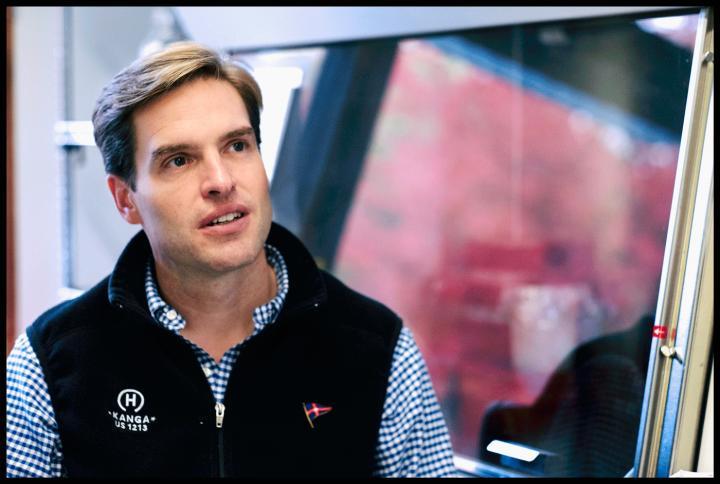 This is Assistant Professor Chad Cowan of the Harvard Stem Cell Institute and Harvard's Department of Stem Cell and Regenerative Biology.

"There have been a couple of papers suggesting that CRISPR has high off-target activity," Rossi explained. "We decided to test its accuracy in primary blood-forming stem cells under six different experimental conditions."

The team deeply sequenced (an average of 3,400 sequencing passes, compared with the 50 usually used for whole-genome sequencing) sites in the genome that could possibly confuse CRISPR when trying to edit CCR5 out of HSPCs. They found that the system's risk of making aberrant cuts was effectively zero. At the same time the intended targeting of CCR5 was extraordinarily high. "These results provide preclinical evidence that version 1.0 of CRISPR, when used judiciously in blood-forming stem cells, could soon be ready for patients," Rossi said. 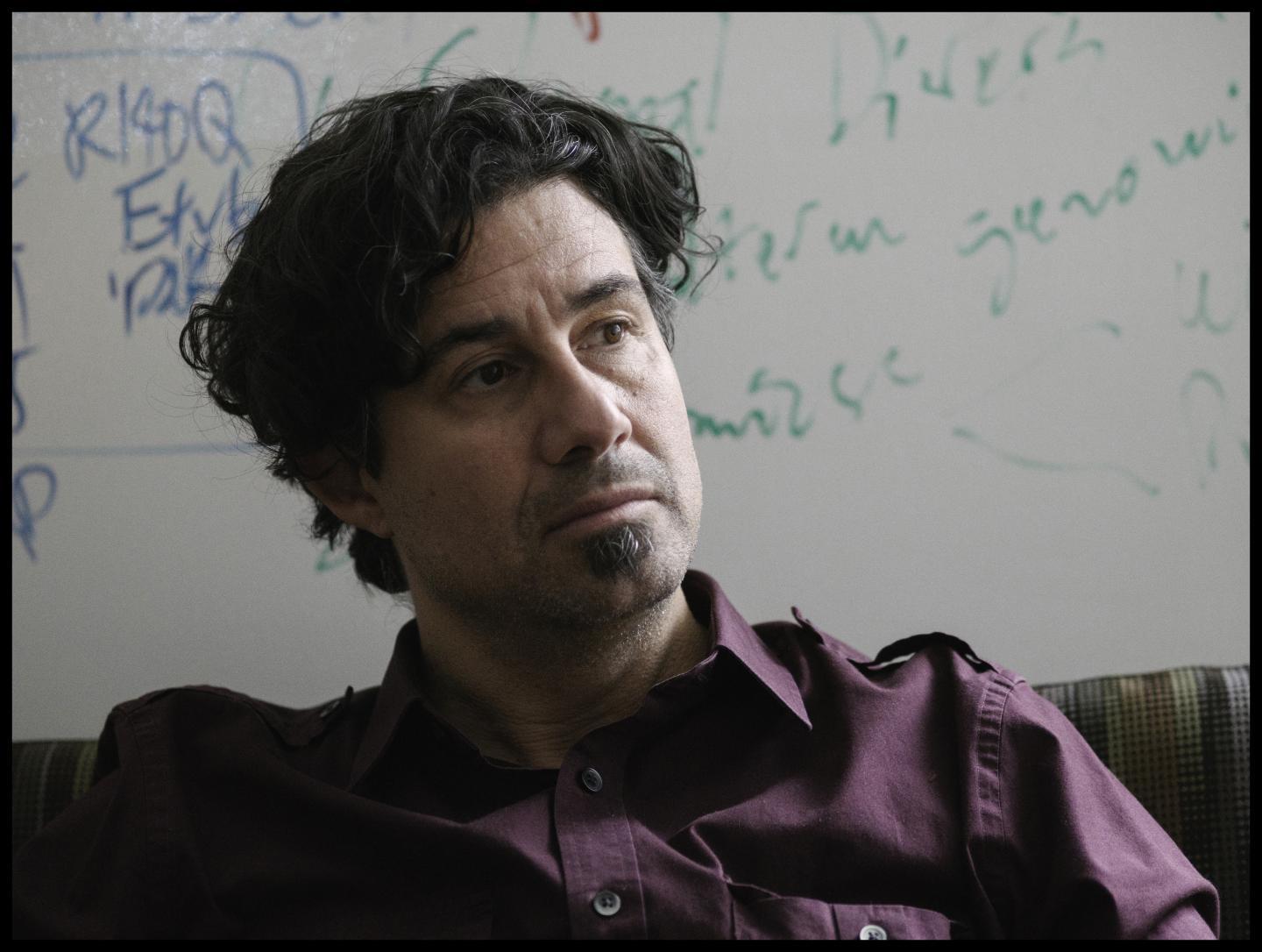 This is Associate Professor Derrick Rossi, of the Harvard Stem Cell Institute and Harvard's Department of Stem Cell and Regenerative Biology.