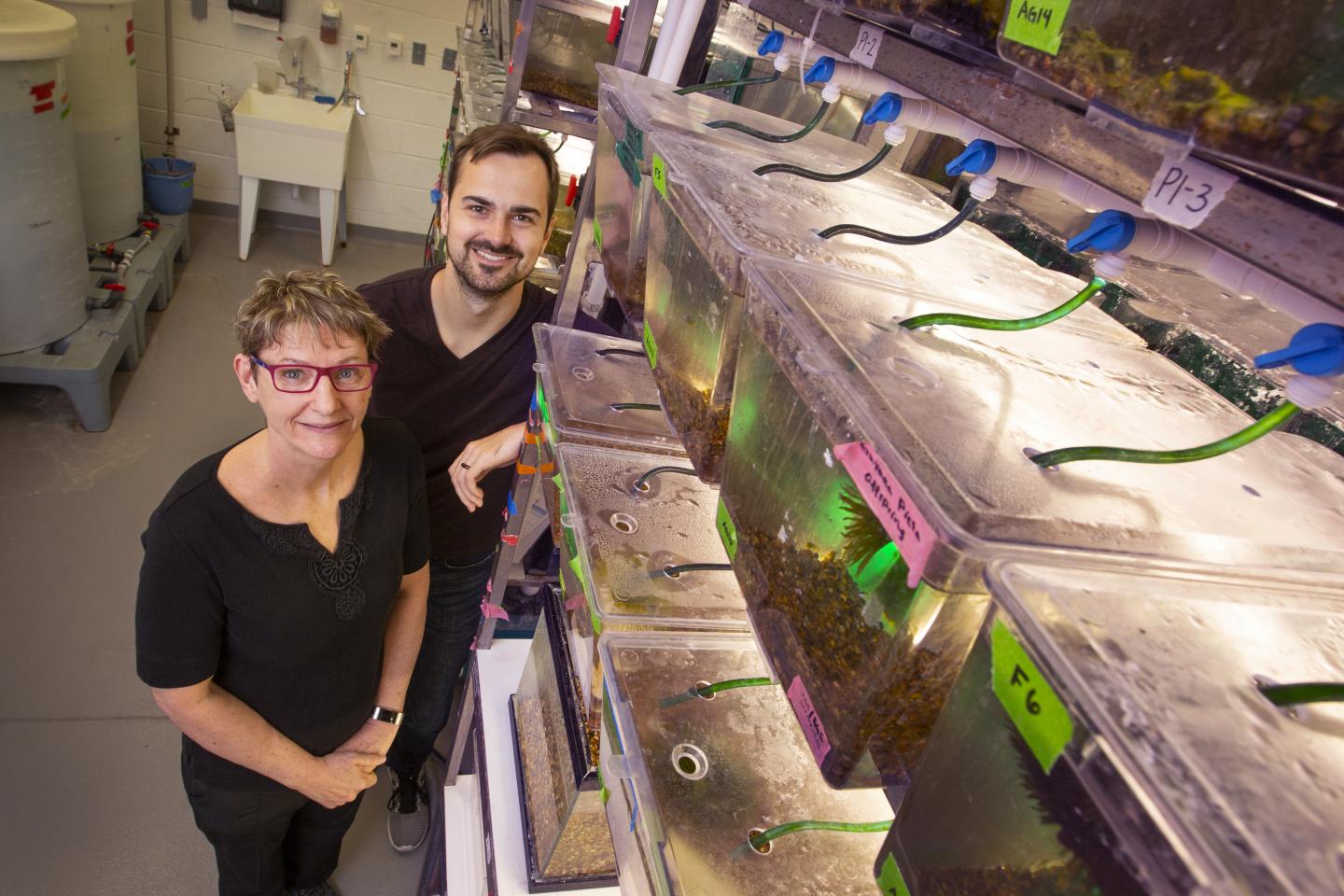 TALLAHASSEE, Fla. -- When it comes to choosing a mate, female guppies often go for the mates with the flashiest, most interesting color patterns.

But why is that? Turns out, it's all about psychology.

In a new study, Florida State University researchers found that these tiny, tropical fish often choose a mate that physically stands out from the rest of the pack because of a common type of learning called habituation. Through habituation, animals -- in this case guppies -- stop responding to a stimulus after prolonged exposure.

In other words, the female guppy is often immune to the charms of a male guppy that looks like all the other male guppies. Ones with unusual color patterns stand a better chance at successfully wooing a mate.

"If they've seen certain patterns in the past, they've gotten used to them," said Mitchel Daniel, a postdoctoral researcher working with Professor of Biological Science Kimberly Hughes. "But when a male guppy comes along with a novel pattern, they're not used to it, so they find that male more attractive. We've shown that this attraction to the unusual happens because of habituation, which means that females tune out repetitive information, and pay more attention to things that look different."

Their study is published in the Proceedings of the Royal Society B.

The team's research builds on a study Hughes conducted several years ago that found that guppies' color patterns did seem to influence mate choice. When Daniel came to work in Hughes' lab, he wanted to explore the psychological theory of habituation and whether that explained how female guppies choose mates.

"It's been hard to figure out," Hughes said. "Why do females have that preference? That's been a tough nut to crack."

Researchers exposed female guppies to a large number of males with the same color patterns and tracked their responses to male courtship displays. In guppy courtship, the male guppy performs a type of dance around the female to express his interest. If the female wants to participate in this courtship ritual, she will respond to the approach and move toward the male.

Then, researchers exposed the same female guppies to male guppies with widely different color patterns to investigate the response. In some cases, they held the group of female guppies in isolation for a short period of time.

The researchers found that females typically preferred the novel male guppies. But, they also found that male guppies with familiar patterns became interesting again to the guppies held in isolation.

Through these experiments, researchers showed that this choice met four criteria that indicate habituation.

First, the female guppies' responsiveness to a stimulus -- male guppies with a familiar pattern -- decreased with added exposure.

Second, the females' interest in males with novel patterns was not affected by exposure to the familiar pattern, showing something called stimulus specificity.

Third, they demonstrated what is called spontaneous recovery, meaning these same females became interested in the familiar pattern again after it had been removed from them for a period of time.

And fourth, they became interested in the initial group of guppies again after exposure to novel-patterned guppies, a phenomenon called dishabituation.

"Nobody had linked this idea of habituation to mate choice for novelty," Hughes said. "It's a good example of how ideas from different fields can be helpful in explaining biology."