People may have been making their way from Easter Island to the Americas well before the Dutch commander Jakob Roggeveen arrived with his ships in 1722, according to new genomic evidence showing that the Rapanui people living on that most isolated of islands had significant contact with Native American populations hundreds of years earlier. The findings reported in the Cell Press journal Current Biology on October 23 lend the first genetic support for such an early trans-Pacific route between Polynesia and the Americas, an impressive trek of more than 4,000 kilometers (nearly 2,500 miles).

The findings are a reminder that "early human populations extensively explored the planet," says Anna-Sapfo Malaspinas from the Natural History Museum of Denmark's Centre for GeoGenetics. "Textbook versions of human colonization events—the peopling of the Americas, for example—need to be re-evaluated utilizing genomic data."

On that note, a second article that will appear in the same issue of Current Biology by Malaspinas along with Eske Willerslev and their colleagues examined two human skulls representing the indigenous "Botocudos" of Brazil to find that their genomic ancestry is Polynesian, with no detectable Native American component at all. 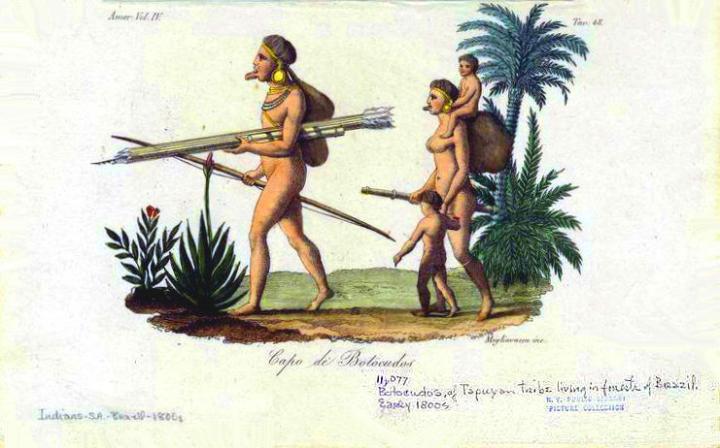 Archaeological evidence had suggested that 30 to 100 Polynesian men, women, and children first landed on Easter Island, also known as Rapa Nui, around AD 1200, arriving in two or more double-hulled canoes. After settling on the isolated island, the Rapanui famously built giant stone platforms and over 900 statues, some weighing as much as 82 tons.

While it may have taken weeks for Polynesians to reach even the closest nearby islands, there are hints of contact with the larger world. For example, there is evidence for the presence of crops native to the Americas in Polynesia, including the Andean sweet potato, long before the first reported European contact.

Genome-wide analysis of 27 native Rapanui now confirms significant contact between the island people and Native Americans sometime between approximately AD 1300 and AD 1500, 19 to 23 generations ago. The Rapanui population began mixing with Europeans only much later, in about 1850. The ancestry of the Rapanui today is ?76% Polynesian, 8% Native American, and 16% European. 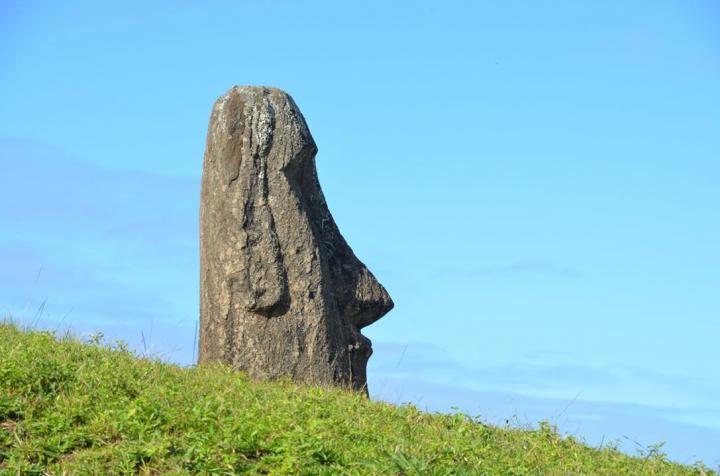 The Rapanui are famous for building giant stone platforms and statues.

The new evidence about the Rapanui suggests one of two scenarios: either Native Americans sailed to Rapa Nui or Polynesians sailed to the Americas and back. The researchers say that it seems more likely that the Rapanui successfully made the trip back and forth, given simulations presented in previous studies showing that "all sailing voyages heading intentionally east from Rapa Nui would always reach the Americas, with a trip lasting from two weeks to approximately two months." On the other hand, the trip from the Americas to Rapa Nui is much more challenging, which would have made it likely to fail or miss the island completely. From the Americas, Rapa Nui is indeed a small target, which might also explain why it took Europeans so long to find it. 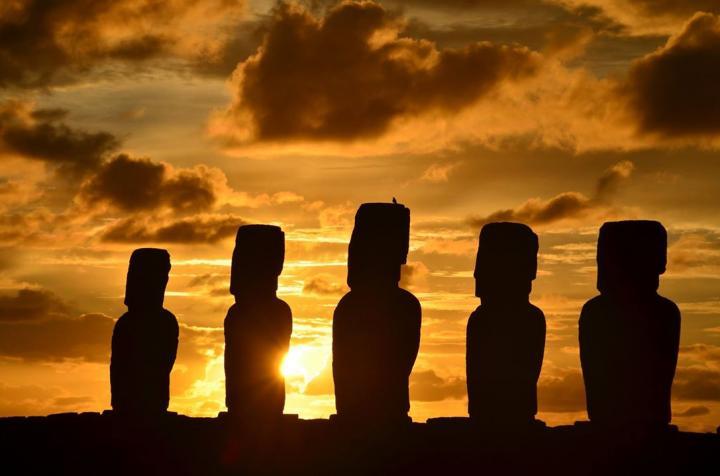 The Rapanui are famous for building giant stone platforms and statues.