Researchers from the University of Toronto (U of T) report that personalized dietary advice based on a person's genetic makeup improves eating habits compared to current "one-size-fits-all" dietary recommendations. The findings were published online today in the journal PLoS One.

"We conducted the first randomized controlled trial to determine the impact of disclosing DNA-based dietary advice on eating habits," says Ahmed El-Sohemy, an Associate Professor in Nutritional Sciences at U of T and Canada Research Chair in Nutrigenomics. "We found that people who receive DNA-based advice improve their diet to a greater extent than those who receive the standard dietary advice. They're also the ones who need to change it the most."

Nutrigenomics is a field of research that aims to understand why some people respond differently than others to the same foods. Personalized nutrition, a branch of personalized medicine, is an application of nutrigenomics that helps tailor dietary recommendations to a person's DNA.

The researchers collected data on the intake of caffeine, sodium, vitamin C and sugar from 138 healthy young adults. The subjects were then randomized into two different study groups--one was given DNA-based dietary advice for each of the four dietary components of interest, and the other group was given current standard dietary advice for the same dietary components with no genetic information. 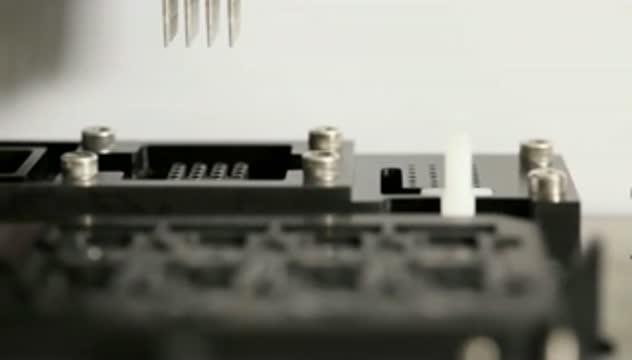 What is Nutrigenomix? Here's a primer.

Changes in their dietary habits were assessed after three and 12 months. The researchers found that subjects who received DNA-based dietary advice started to show improvements to their diets after three months and the changes became even more apparent after 12 months.

Specifically, those who were informed that they carried a version of a gene linked to salt intake and high blood pressure significantly reduced their sodium intake, in accordance with the recommendation, compared to the group that received the standard advice for sodium intake.

No effects were observed for the other components of the diet. However, most subjects were already meeting the dietary recommendations for the three other components at the start of the study, and the researchers believe this might explain why no significant changes were seen in these intakes.

"This study addresses some notable limitations in previous studies that attempted to measure the impact of disclosing genetic information on lifestyle changes," says El-Sohemy. "Previous studies focused on disease risk prediction rather than metabolic genes that affect specific components of the diet. This is the first time that the impact of dietary advice based on diet-related genes with specific actionable advice has been tested."

José M. Ordovás, Director of Nutrition and Genomics at Tufts University, who was not involved in the study, says personalized dietary information not only increases compliance, but also supports the long-term health of patients. "One of the major problems that we have found regarding one-size-fits-all dietary recommendations is people's adherence to them", says Ordovas, a Professor of Nutrition and Genetics. "This work supports the notion that DNA-based recommendations can be more beneficial for the individual and, in addition, will increase his or her compliance, which will increase our ability of preventing chronic diseases using dietary approaches."

The subjects in the study received dietary advice reports that were developed in collaboration with Nutrigenomix Inc., a U of T start-up company that develops genetic test kits for personalized nutrition only through qualified healthcare professionals.