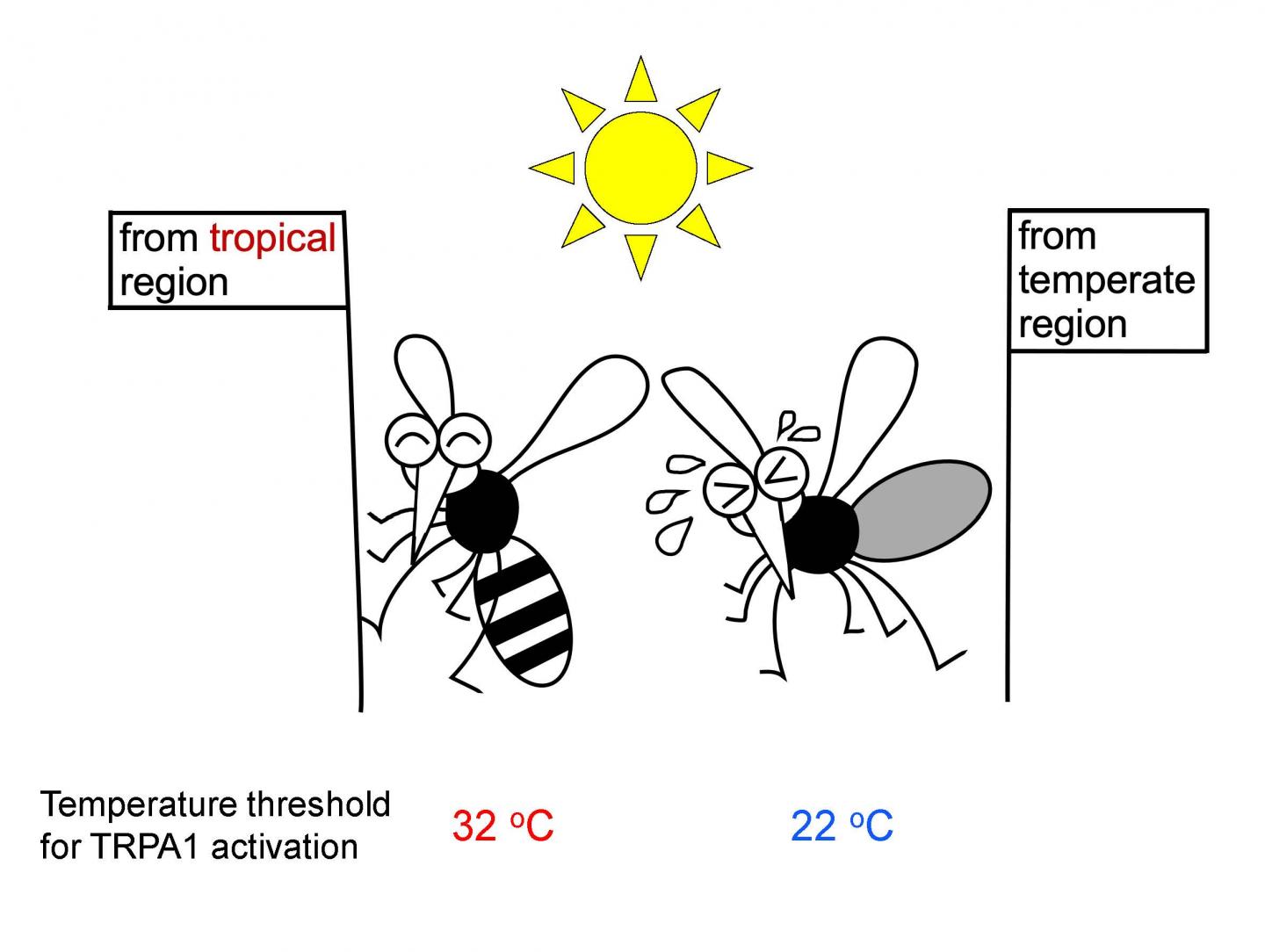 Okazaki, Japan - Mosquitos are hazardous insects for human, and many researchers are investigating the way to prevent from a mosquito bite. The activation of sensory receptors triggers the avoidance behaviors in animals including insects. Therefore, the researchers focused on a sensory receptor called TRPA1 which is expressed in sensory neurons and perceives noxious stimuli such as heat and chemicals in this study.

The authors compared TRPA1 from several mosquito species and found that their responses varied among species. Thermal sensitivity of TRPA1 from species inhabiting the temperate zone (Culex pipiens) was considerably higher than that from species inhabiting the tropical zone (Aedes aegypti). In concordance with the finding, Culex pipiens behaviorally avoided high temperature of 30°C, while A. aegypti did not, suggesting that thermal property of TRPA1 changed according to the thermal conditions of habitats.

Sensitivity of TRPA1 to citronella, used as an insect repellent, was also compared. TRPA1 sensitivity to citronella was highly differed among mosquito species. This implies that the effect of repellents potentially varies among species, thus species diversity should be taken into account for controlling mosquitos.

In addition, several chemical compounds that activate mosquito TRPA1 were newly found in the present study. These findings may supply informative information for the development of novel repellents for mosquitos in the future.

The article, "Diverse sensitivities of TRPA1 from different mosquito species to thermal and chemical stimuli" was published in Scientific Reports.