A Virginia Tech geobiologist with collaborators from the Chinese Academy of Sciences have found evidence in the fossil record that complex multicellularity appeared in living things about 600 million years ago – nearly 60 million years before skeletal animals appeared during a huge growth spurt of new life on Earth known as the Cambrian Explosion.

The discovery published online Wednesday in the journal Nature contradicts several longstanding interpretations of multicellular fossils from at least 600 million years ago.

"This opens up a new door for us to shine some light on the timing and evolutionary steps that were taken by multicellular organisms that would eventually go on to dominate the Earth in a very visible way," said Shuhai Xiao, a professor of geobiology in the Virginia Tech College of Science. "Fossils similar to these have been interpreted as bacteria, single-cell eukaryotes, algae, and transitional forms related to modern animals such as sponges, sea anemones, or bilaterally symmetrical animals. This paper lets us put aside some of those interpretations."

In an effort to determine how, why, and when multicellularity arose from single-celled ancestors, Xiao and his collaborators looked at phosphorite rocks from the Doushantuo Formation in central Guizhou Province of South China. 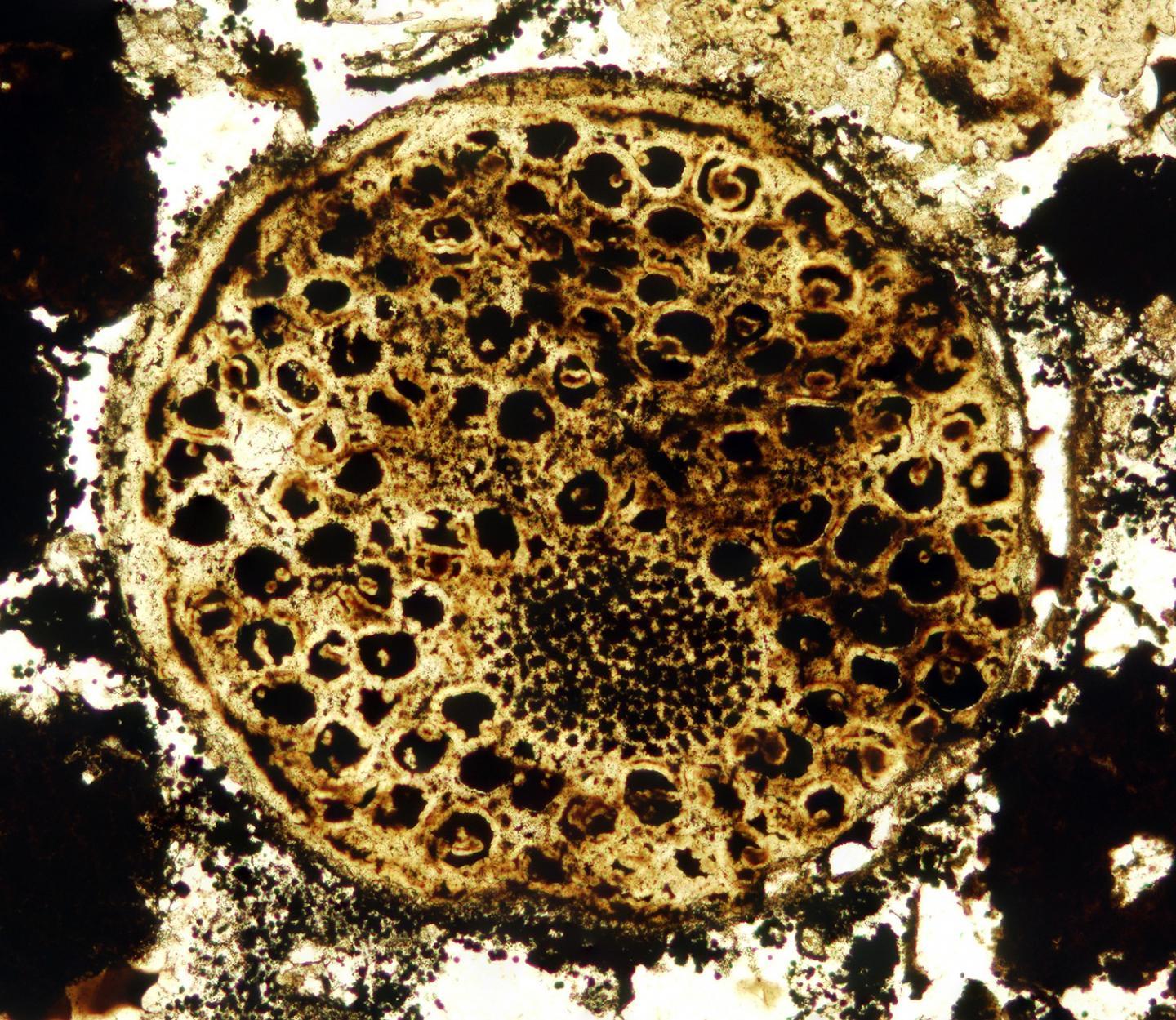 A fossil of a 600 million-year-old multicellular organism displays unexpected evidence of complexity.

The discovery sheds light on how and when solo cells began to cooperate with other cells to make a single, cohesive life form.

The complex multicellularity evident in the fossils is inconsistent with the simpler forms such as bacteria and single-celled life typically expected 600 million years ago.

While some hypotheses can now be discarded, several interpretations may still exist, including the multicellular fossils being transitional forms related to animals or multicellular algae.

Xiao said future research will focus on a broader paleontological search to reconstruct the complete life cycle of the fossils.