SAN FRANCISCO, July 6, 2012 -- New to meditation and already thinking about quitting? You may have simply chosen the wrong method. A new study published online July 7 in EXPLORE: The Journal of Science and Healing highlights the importance of ensuring that new meditators select methods with which they are most comfortable, rather than those that are most popular.

If they do, they are likely to stick with it, says Adam Burke, the author of the study. If not, there is a higher chance they may abandon meditation altogether, losing out on its myriad personal and medical benefits. Burke is a professor of Health Education at SF State and the director of SF State's Institute for Holistic Health Studies.

"Because of the increase in both general and clinical use of meditation, you want to make sure you're finding the right method for each person," he said. Although meditation has become significantly more popular in the U.S., Burke said, there have been very few studies comparing multiple methods head to head to examine individual preference or specific clinical benefits.

To better understand user preference, Burke compared four popular meditation methods -- Mantra, Mindfulness, Zen and Qigong Visualization -- to see if novice meditation practitioners favored one over the others. The study's 247 participants were taught each method and asked to practice at home and, at the end of the study, evaluate which they preferred. The two simpler methods, Mantra and Mindfulness, were preferred by 31 percent of study participants. Zen and Qigong had smaller but still sizable contingents of adherents, with 22 percent and 14.8 percent of participants preferring them, respectively.

The results show the value of providing new practitioners a simpler, more accessible method of meditation. But they also emphasize that no one technique is best for everyone, and even less common methods are preferred by certain people. Older participants, who grew up when Zen was becoming one of the first meditation techniques to gain attention in the U.S., in particular were more likely to prefer that method. 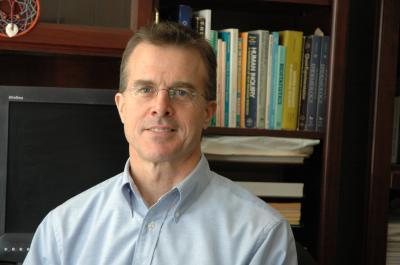 Adam Burke is a professor of health education and director of the Institute for Holistic Health Studies at San Francisco State University.

"It was interesting that Mantra and Mindfulness were found to be equally compelling by participants despite the fact that they are fundamentally different techniques," Burke said. Mindfulness is the most recent meditation technique to gain widespread popularity, he added, and is often the only one with which a novice practitioner or health professional is familiar. Not surprisingly, Mindfulness was the method most preferred by the youngest participants.

"If someone is exposed to a particular technique through the media or a healthcare provider, they might assume because it's popular it's the best for everyone," Burke said. "But that's like saying because a pink dress or a blue sport coat is popular this year, it's going to look good on everybody. In truth, different people like different things. One size does not fit all."

If an individual is not comfortable with a specific method for any reason, he said, they may be less likely to continue meditating and would lose out on such benefits as reduced stress, lower blood pressure or even treatment for addiction.

Burke hopes to see more comparative meditation studies, especially to determine if particular methods are better at addressing specific health issues, such as addiction. If that's the case, he said, healthcare professionals would be able to guide patients toward techniques that will be most effective for them. Additional studies are also needed to determine if there is a way to predict which method will be best suited for any particular individual, he said.