Finding meaning in 'Rick and Morty,' one burp at a time 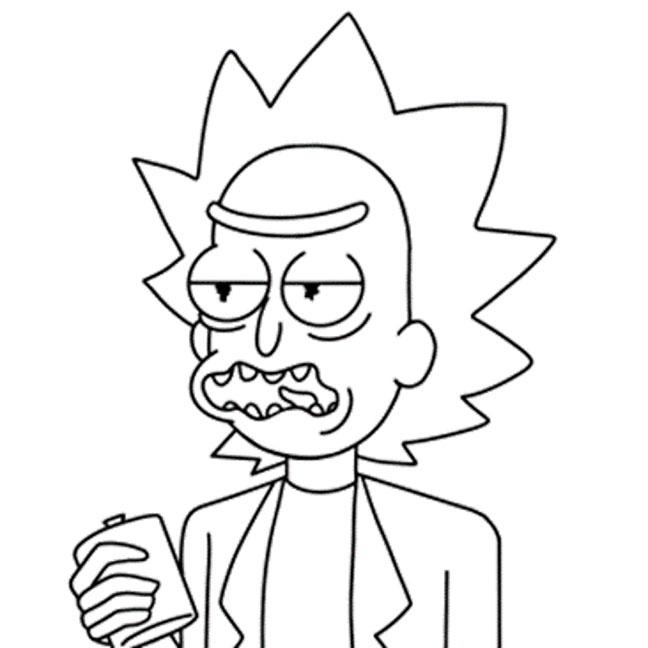 IMAGE: A visual cue used by animators to accompany the acoustic characteristics of belching within the data set, called the "wavy lip gesture "

SAN DIEGO, December 5, 2019 -- One of the first things new viewers of the cartoon "Rick and Morty" might notice about Rick Sanchez is his penchant for punctuating his speech with burps. Linguistics can provide a new way to read into the dimension-hopping grandfather's midsentence belching.

Researcher Brooke Kidner has analyzed the frequency and acoustics of belching while speaking. By zeroing in on the specific pitches and sound qualities of a midspeech burp in "Rick and Morty," the work takes aim at finding what latent linguistic meaning might be found in the little-studied gastrointestinal grumbles.

"There has not been any serious attempts to acoustically or phonetically describe the characteristics of belching in over 60 years," Kidner said.

Kidner will present her findings at the 178th Meeting of the Acoustical Society of America, which will be held Dec. 2-6, at the Hotel del Coronado in San Diego.

Human speech contains a wide soundscape of nontraditional words, such groans and gasps, that still convey meaning and make up what is called a paralanguage. Belching during speech is a relatively less common paralinguistic item.

Less common, of course, unless you are Rick Sanchez. Kidner's initial count from the scripts of the show found the character belched more than 200 times.

She needed to acoustically define what was burping. For that, she turned to recent work that described the qualities of belching, such as jitter and shimmer, which denote how unstable are the frequency and amplitude of sounds.

Cross-referencing the scripted belches with those that fit the definition showed the majority of the original 200 sounds she identified as potential burps weren't burps at all but some other kind of paralinguistic sound, like the actor running out of air.

The findings shed light on new ways we use nonword sounds. "This area was ignored by linguistics for decades," Kidner said. "But there are more and more papers being published on these types of phenomena, and what important implications they have for the speech communities that utilize them."

Kidner's poster 4aSC14, "Acoustic Characteristics of Belching in Speech," will be presented 8:00 a.m.-12 noon PT, Thursday, Dec. 5, in the Crown room of the Hotel del Coronado in San Diego.