DURHAM, N.C. -- Using exotic man-made materials, scientists from Duke University and Boston College believe they can greatly enhance the forces of electromagnetism (EM), one of the four fundamental forces of nature, without harming living beings or damaging electrical equipment.

This theoretical finding could have broad implications for such applications as magnetic levitation trains, which ride inches above the tracks without touching and are propelled by electro-magnets.

As the term indicates, EM is made up of two types of fields – electric and magnetic. Alternating current sources generate both electric and magnetic fields, and increasing one of them generally leads to the increase in the other. But electrical fields can cause problems if they get too high.

"For any EM applications dealing with things on the human scale, high-intensity EM fields needed for the generation of strong forces interfere with other devices and may be harmful to biological tissues, including humans," said Yaroslav Urzhumov, an assistant research professor in electrical and computer engineering at Duke's Pratt School of Engineering.

"The severity of this problem is substantially reduced if the fields are predominantly magnetic, since virtually all biological substances and the majority of conventional materials are transparent to magnetic fields," Urzhumov said. "While we can't suppress the electric field completely, a magnetically-active metamaterial could theoretically reduce the amount of current needed to generate a high enough magnetic field, thus reducing parasitic electric fields in the environment and making high-power EM systems safer."

The results of Urzhumov's analysis were published online in the journal Physical Review B, and the team's research was supported by the Air Force Office of Scientific Research. 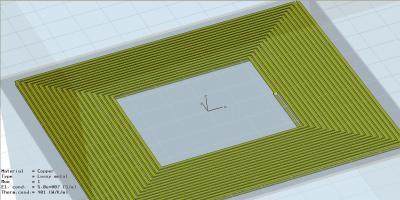 This is an illustration of one of cells that make up the metamaterial structure. The yellow lines are copper.

The solution to this problem comes from the recent ability to fabricate exotic composite materials known as metamaterials, which are not so much a single substance, but an entire man-made structure that can be engineered to exhibit properties not readily found in nature. These metamaterials can be fabricated into a limitless array of sizes, shapes and properties depending on their intended use.

In the magnetic levitation train example, conventional electromagnets could be supplemented by a metamaterial, which would have been designed to produce significantly higher intensities of magnetic fields using the same amount of electricity.

The Duke scientists came up with the theoretical underpinning for the metamaterial, which is being fabricated by collaborators at Boston College, led by Willie Padilla, associate professor of physics.

"The metamaterial should be able to increase the magnetic force without increasing the electric current in the source coil," Urzhumov said. "The phenomenon of magnetostatic surface resonance could allow magnetic levitation systems to increase the mass of objects being levitated by one order of magnitude while using the same amount of electricity."

EM is currently being used in a host of devices and applications, ranging from subatomic "optical tweezers" scientists use to manipulate microscopic particles with laser beams, to potentially highly destructive weapons.

Urzhumov works in the laboratory of Duke's David R. Smith, William Bevan Professor of electrical and computer engineering and director of Duke's Center for Metamaterials and Integrated Plasmonics. Smith has previously demonstrated that similarly designed metamaterials could act as a "cloak" to different frequencies of light and other waves. 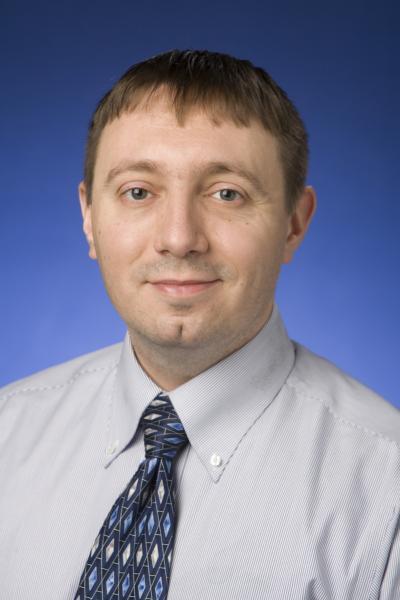