AUSTIN, Texas—A team led by scientists at the University of Texas at Austin's Institute for Geophysics has for the first time directly observed multiple parts of Greenland's subglacial plumbing system and how that system evolves each summer to slow down the ice sheet's movement toward the sea.

These new observations could be important in accurately modeling Greenland's future response to climate change.

"Everyone wants to know what's happening under Greenland as it experiences more and more melt," said study coauthor Ginny Catania, a research scientist at the institute and an associate professor in the university's Jackson School of Geosciences. "This subglacial plumbing may or may not be critical for sea level rise in the next 100 years, but we don't really know until we fully understand it."

Each summer, the surface of the Greenland Ice Sheet melts as temperatures warm, sending meltwater into channels that drain to the bottom of the ice sheet, lubricating the underside and speeding up the ice sheet's flow toward the sea. While the basic outline of this process is understood, scientists have been puzzled about how the meltwater interacts with the bed of the ice sheet. These new observations clarify scientific understanding of how this plumbing system evolves each summer and how it may change in the future as the climate continues to warm. 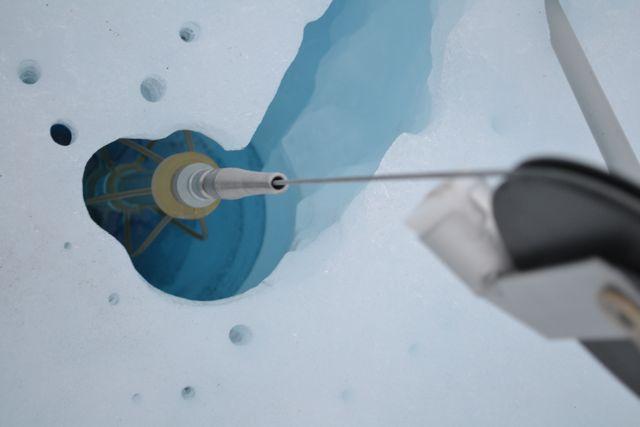 A camera used to image the structure of glacier ice is lowered into the borehole by a winch. The instrument is encased in a plastic cage to keep it stable as it is lowered 600 meters to the bed of the ice sheet.

The findings, published Oct. 2 in Nature, describe an efficient drainage system in which meltwater from the surface drains into moulins, naturally formed pipes that drain water through more than half a mile of ice to passageways between the bedrock and overlying ice. The higher the water level—or pressure—in the moulin, the faster the ice sheet slides, and in recent decades the amount of summer surface melting has increased.

The scientists found that while the extra meltwater does cause a rapid daily speedup of the ice sheet, the ice gradually becomes less and less sensitive to melting over the course of the summer season. This behavior suggests that a component of the subglacial plumbing system is adapting to the increased meltwater, said lead author Lauren Andrews, a Ph.D. candidate at The University of Texas at Austin.

In 2011, Andrews and her colleagues drilled 13 boreholes through ice up to 2,300 feet thick in the Paakitsoq region of western Greenland. During the summers of 2011 and 2012, they measured water pressure in the boreholes and three nearby moulins to gauge the strength of meltwater flow in the subglacial plumbing network. GPS units tracked ice velocity on the surface. 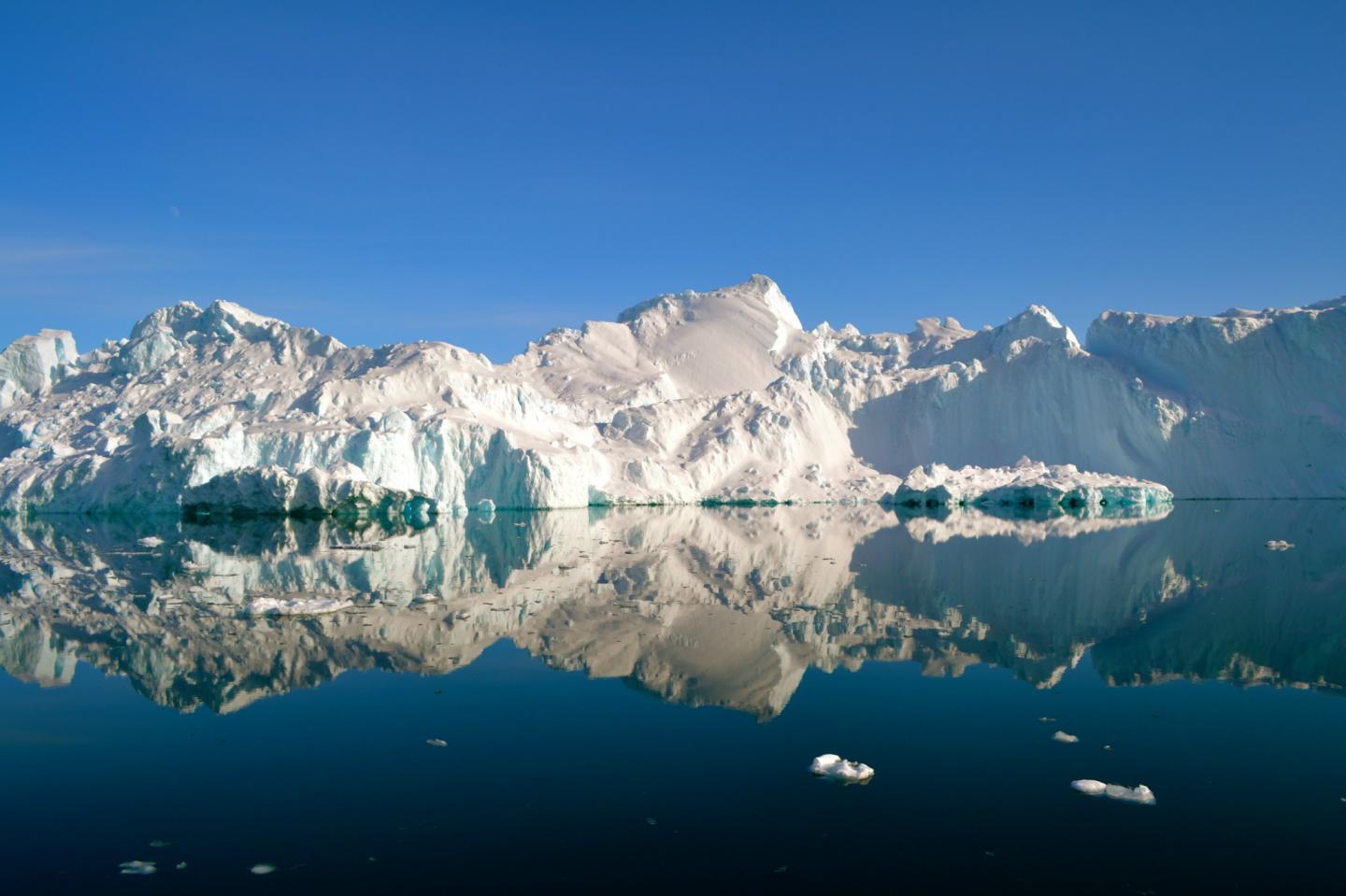 The study site is located north of Jakobshavn Isbræ, a large outlet glacier in western Greenland. Icebergs calved from Jakobshavn Isbræ (one pictured here) fill the fjord and are visible from Ilulissat, a nearby town.

The scientists discovered that there are two key parts to the subglacial plumbing system that change on different timescales. In the first, water draining through moulins forms a network of subglacial channels that regulates daily changes in ice flow. In the second, the borehole records indicate that there are also large regions of the bed that are isolated from the channel network.

"At the beginning of the season, there's little exchange of water between these two systems, but they gradually connect over the course of the melt season, relieving pressure in the isolated regions of the bed," said Andrews. Such a connection would lower the water pressure and lead to a seasonal decrease in the ice sheet's sensitivity to melting, she added. Thus, the ice sheet may not move as much as the surface melting might indicate.

"If we don't get this hydrology right, and if we don't couple it to models of ice flow, then we can't model the system properly and won't be able to project into the future very well," Catania said. 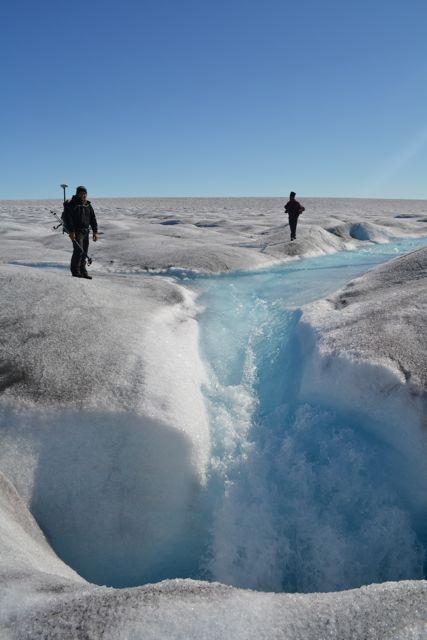 Meltwater carves channels in the Greenland Ice Sheet before draining into moulins, deep conduits that carry meltwater to the bottom of the ice sheet. Pictured are Matthew Hoffman of Los Alamos National Laboratory and Blaine Morriss of Dartmouth College.