European salamanders and newts vulnerable to fungal disease from Asia

The previously unknown fungus Batrachochytrium salamandrivorans was discovered last year by researchers investigating a huge crash in the population of fire salamanders in the Netherlands.

Now the same team have screened over 5,000 amphibians from four continents to ascertain the threat the new disease presents to other species.

The results, published today in the journal Science, show that B. salamandrivorans is very dangerous to salamanders and newts, but not to frogs, toads and snake-like amphibians called caecilians.

The fungus was found to be present in amphibians from Thailand, Vietnam and Japan as early as 1861, without causing disease, suggesting it originates from East Asia. The fungus probably arrived in Europe recently, and its presence in traded amphibians suggests that the intercontinental movement of amphibians explains its introduction.

So far the disease has only been found in The Netherlands and Belgium, but the researchers say it is likely to reach other European countries soon. The great crested newt, a protected species in Europe and the nearly threatened cave salamander Hydromantes strinatii, are among the species that rapidly die once infected.

The study was led by Professors An Martel and Frank Pasmans at Ghent University in collaboration with an international team of scientists.

"When a disease has been around for a long time, animals develop resistance to it. Globalisation has resulted in the movement of humans and animals all across the world, bringing pathogens into contact with hosts that haven't had the opportunity to establish resistance. As a consequence, pathogens like B. salamandrivorans that are brought to a new environment can very rapidly threaten many species with extinction," said Professor Martel.

Asian salamanders and newts are traded in large numbers across the globe. More than 2.3 million Chinese fire belly newts were imported into the US between 2001 and 2009. The researchers found that the fungus can easily be transmitted between salamanders of different species by direct contact. 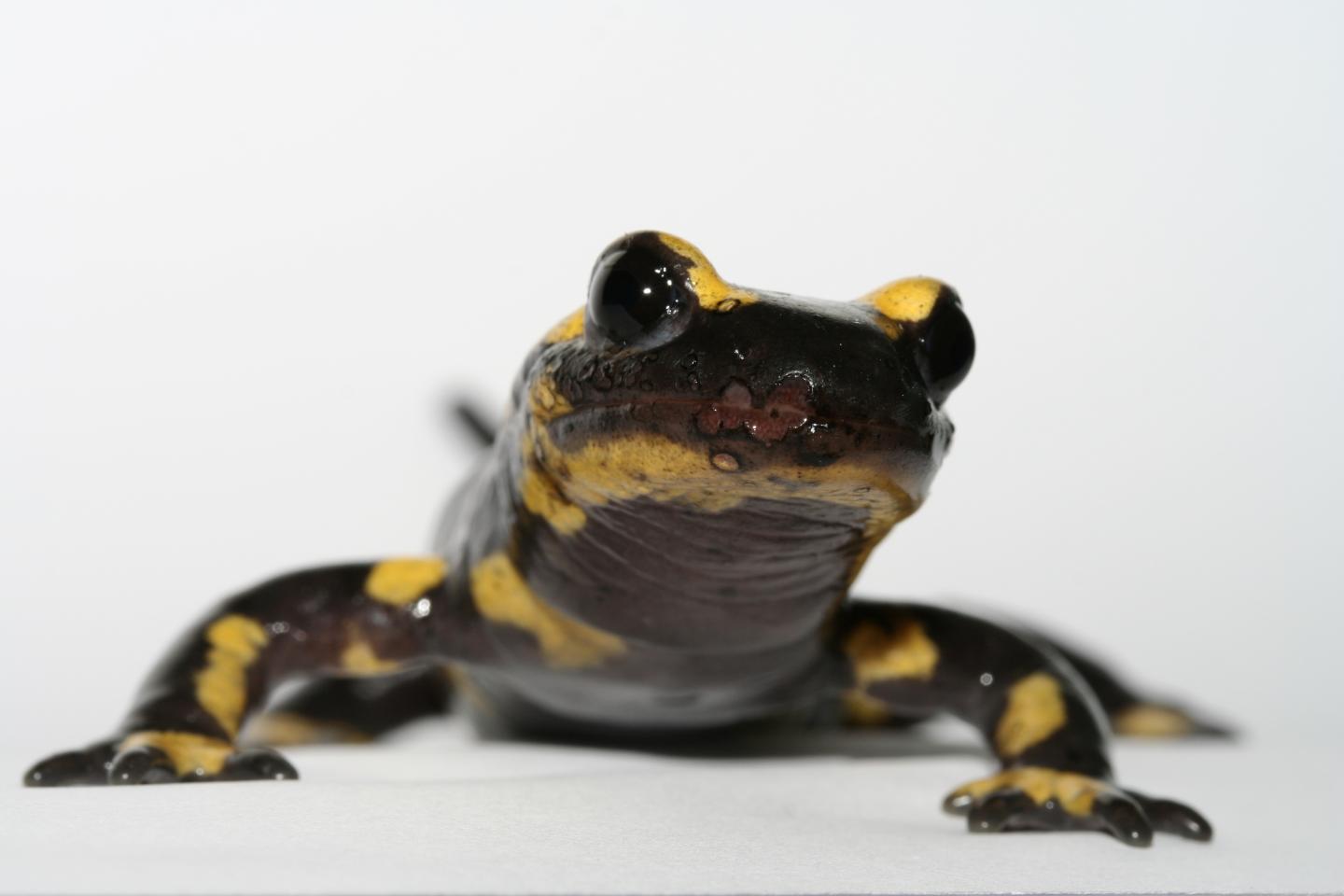 This image shows a fire salamander (Salamandra salamandra) with a severe B. salamandrivorans infection, evidenced by skin lesions.