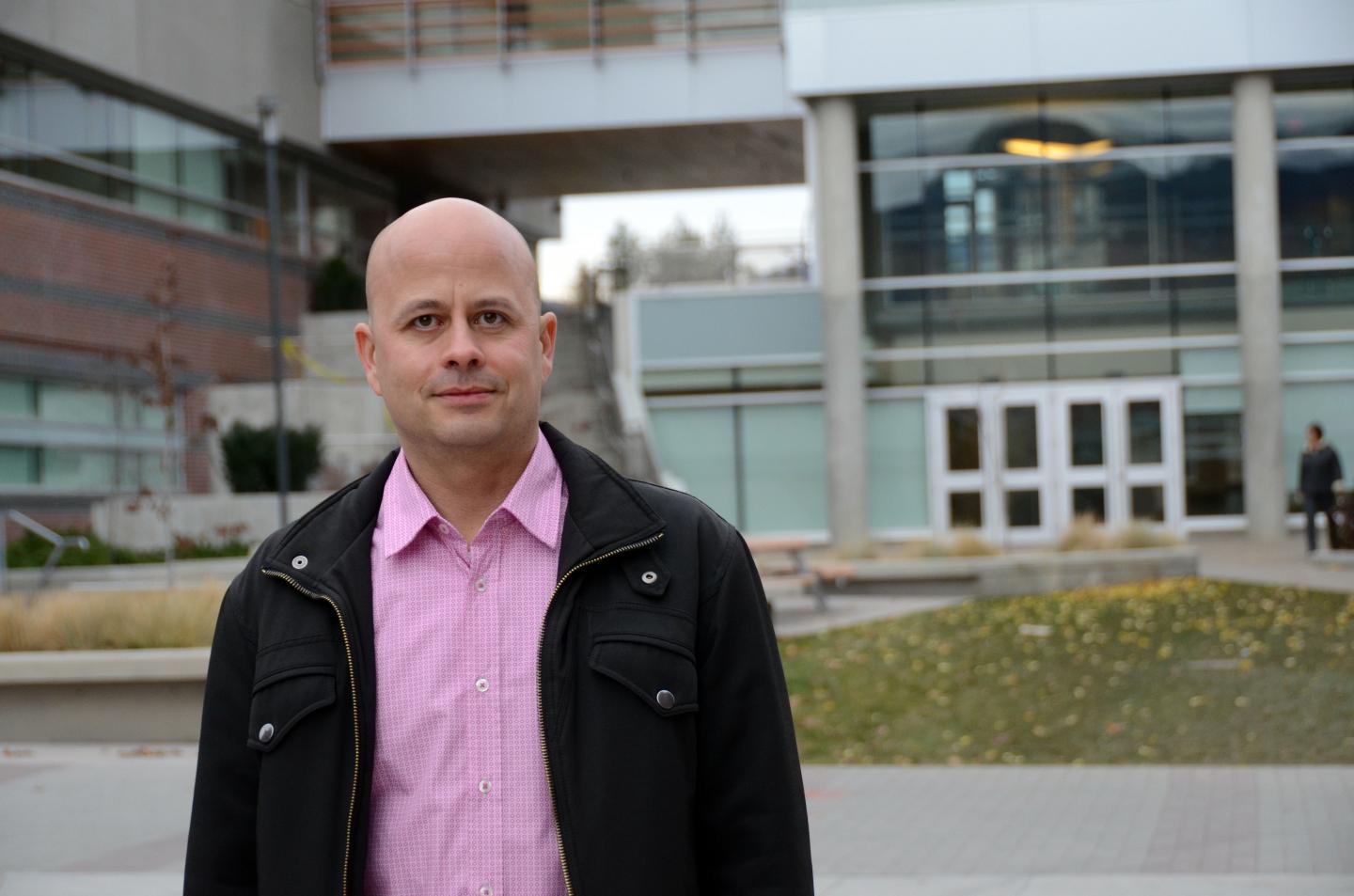 image: Zach Walsh is an Associate Professor of psychology at UBC's Okanagan campus.

An international study involving researchers from UBC Okanagan has shown that MDMA, also known as ecstasy, may be a valuable tool for treating post-traumatic stress disorder (PTSD).

Published recently in Psychopharmacology, the study demonstrated substantial improvements in individuals who had not responded to prior treatments, explains UBCO Associate Professor of psychology Zach Walsh. This is also, he adds, the most comprehensive evaluation of the safety and effectiveness of MDMA-assisted psychotherapy for PTSD.

"PTSD symptoms decreased after one session of MDMA together with psychotherapy," says Walsh, study co-author. He adds that 54 per cent of participants no longer met PTSD criteria after two sessions and that there was also improvement in their symptoms of depression.

The response of participants to MDMA-assisted psychotherapy was compared to those who received small doses or non-drug psychotherapy.

"These findings are promising and indicate the needed for larger studies," says Walsh. "Too many people with PTSD struggle to find effective treatment, and use of MDMA in a supportive environment with trained mental health professionals could be an important addition to our treatment options."

Ecstasy, also known as Molly, is the nickname for MDMA--a synthetic drug made from a combination of methylenedioxy-methamphetamine. It is a controlled, illegal drug in Canada classified as a stimulant with hallucinogenic properties.

Walsh, as well as researchers from the United States, Switzerland and Israel, examined the results from six clinical trials, involving 103 people. Trial participants included men and women with chronic, treatment-resistant PTSD from a wide variety of causes.

Based on these results, the US Food and Drug Administration granted breakthrough therapy designation to MDMA-assisted psychotherapy for PTSD, acknowledging that it "may demonstrate substantial improvement over existing therapies" and agreeing to expedite its development and review.

The first of two more in-depth clinical trials of MDMA-assisted psychotherapy for PTSD began enrolling participants in November 2018, and aims to have 100-150 volunteers across 15 sites in the US, Canada and Israel. The second trial will take place after an interim analysis of the data from the first trial, and will enrol an additional 100-150 participants. European trials are planned to start in the near future.

Nearly four per cent of all people worldwide will suffer from PTSD during their lifetime. PTSD can be a debilitating disorder, with symptoms including intrusive thoughts and memories, negative effects on thinking and mood, depression, hyperarousal and reactivity, and avoidance. People with PTSD can experience much lower quality of life and relationships, related mental health conditions and suicidal tendencies.