Does MRI have an environmental impact? 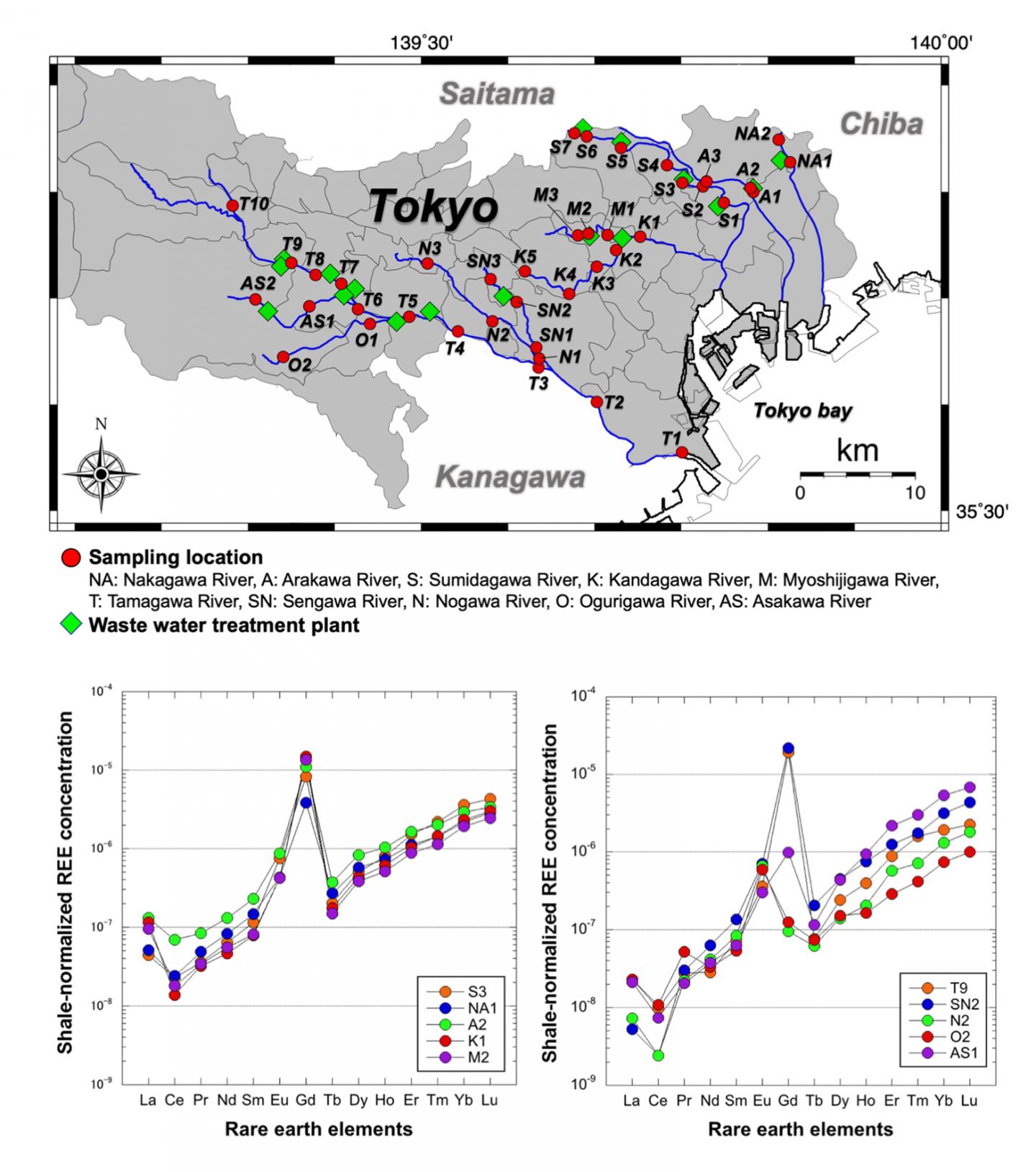 IMAGE: Samples were taken along rivers around Tokyo. Measurements of rare earth element quantities indicate a clearly elevated amount of gadolinium compared to that in natural shale.

Tokyo, Japan - Researchers from Tokyo Metropolitan University have surveyed the amount of gadolinium found in river water in Tokyo. Gadolinium is contained in contrast agents given to patients undergoing medical magnetic resonance imaging (MRI) scans, and it has been shown in labs to become toxic when exposed to ultraviolet rays. The researchers found significantly elevated levels, particularly near water treatment plants, highlighting the need for new public policy and removal technologies as MRI become even more commonplace.

Modern medicine owes a lot to magnetic resonance imaging (MRI). Doctors can see tumors, inflammation and hemorrhaging deep inside the human body without the need for invasive surgery; unlike CT scans, patients are also not exposed to any ionizing radiation. Its many benefits have meant that MRI machines are now more wide-spread than ever. For example, in 1995, Japan had 6.12 machines per million residents; in 2017, it had 55.21, the highest number per million in the world.

But it might not be all good news. MRI imaging is often carried out after patients are injected with a contrast agent which makes features inside the body clearer in scans. It contains gadolinium, an originally toxic rare earth element that is rendered safe for medical use by binding it to a chelation agent, making it unreactive. After completing its task, 98% of the compound is expelled from a patient's body within 24 hours in the urine and makes its way through the wastewater system. Common wastewater treatment plants cannot remove it, so it passes directly into the environment, albeit in small quantities. On exposure to UV light, lab experiments have shown that it may transform back into a toxic state. This makes it vital to track how much gadolinium finds its way into the environment.

Thus, a team led by Professor Kazumasa Inoue of Tokyo Metropolitan University set out to measure how much gadolinium was being released into rivers in Tokyo. They took samples from a number of locations along the many major rivers of the city. Correcting for the amounts expected in natural shale, they carried out a broad survey of rare earths using mass spectrometry and found a significant elevation in the amount of gadolinium in the water. Importantly, they noticed large spikes in the amounts depending on proximity to water treatment plants. These findings are in agreement with previous work for samples taken inside a treatment plant on the River Weser, Germany.

It should be remembered that the reason why gadolinium is released in the first place is that a patient's kidneys safely pass it from the body. This means that, for the most part, it is also non-reactive in the environment. But as more MRI machines are installed to cater to an ageing population with more healthcare needs, the research team noted that new public policy and the development of new treatment techniques are vital to mitigating the environmental impact of this well-established, lifesaving medical technology.