New Rochelle, NY, January 27, 2014—Building on previous evidence showing that religious belief involves cognitive activity that can be mapped to specific brain regions, a new study has found that causal, directional connections between these brain networks can be linked to differences in religious thought. The article "Brain Networks Shaping Religious Belief" is published in Brain Connectivity, a bimonthly peer-reviewed journal from Mary Ann Liebert, Inc., publishers, and is available free on the Brain Connectivity website at http://www.liebertpub.com/brain.

Dimitrios Kapogiannis and colleagues from the National Institute on Aging (National Institutes of Health, Baltimore, MD) and Rehabilitation Institute of Chicago, IL, analyzed data collected from functional magnetic resonance imaging (fMRI) studies to evaluate the flow of brain activity when religious and non-religious individuals discussed their religious beliefs. The authors determined causal pathways linking brain networks related to "supernatural agents," fear regulation, imagery, and affect, all of which may be involved in cognitive processing of religious beliefs.

"When the brain contemplates a religious belief," says Dr. Kapogiannis, "it is activating three distinct networks that are trying to answer three distinct questions: 1) is there a supernatural agent involved (such as God) and, if so, what are his or her intentions; 2) is the supernatural agent to be feared; and 3) how does this belief relate to prior life experiences and to doctrines?" 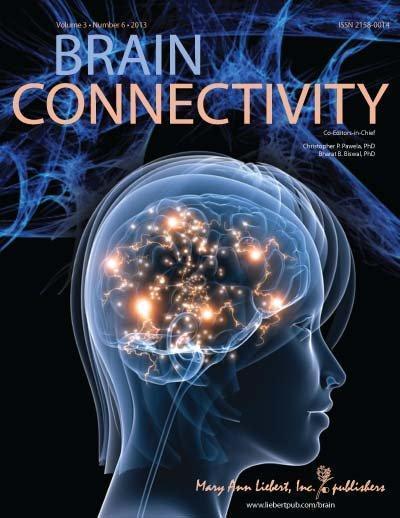 Brain Connectivity is the journal of record for researchers and clinicians interested in all aspects of brain connectivity.

"Are there brain networks uniquely devoted to religious belief? Prior research has indicated the answer is a resolute no," continues study co-author Jordan Grafman, Director, Brain Injury Research and Chief, Cognitive Neuroscience Laboratory, Rehabilitation Institute of Chicago. "But this study demonstrates that important brain networks devoted to various kinds of reasoning about others, emotional processing, knowledge representation, and memory are called into action when thinking about religious beliefs. The use of these basic networks for religious practice indicates how basic networks evolved to mediate much more complex beliefs like those contained in religious practice."