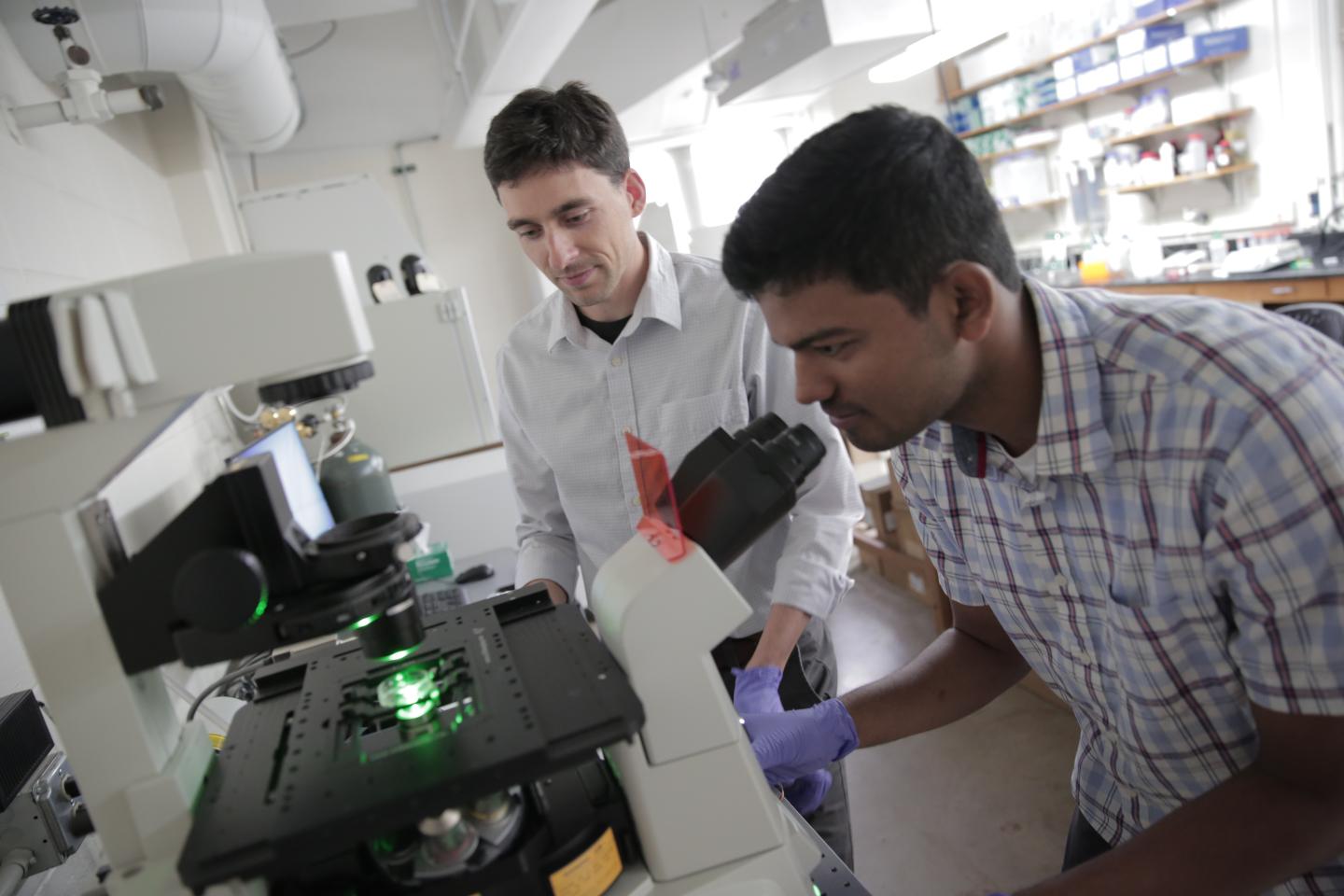 When we cut our skin, groups of cells rush en masse to the site to heal the wound.

But the complicated mechanics of this collective cell movement -- which are facilitated by rearrangements between each cell and its neighbors -- have made it challenging for researchers to decipher what's actually driving it.

"If we can understand the key factors causing cell migration, then we could perhaps develop new treatments to speed up wound healing," says Jacob Notbohm, an assistant professor of engineering physics at the University of Wisconsin-Madison.

Notbohm and doctoral student Aashrith Saraswathibhatla recently made a surprising discovery that sheds new light on how this collective cell migration happens. They detailed their findings today in the journal Physical Review X.

Through experiments, they found that the force each cell applies to the surface beneath it -- in other words, traction -- is the dominant physical factor that controls cell shape and motion as cells travel as a group.

Researchers have known that cell shape plays an important role in how they rearrange and collectively migrate. For example, circular cells packed together within a single layer can't easily exchange positions with neighboring cells; think of being stuck shoulder-to-shoulder in a large crowd where it's impossible to move.

On the other hand, cells that have more elongated shapes can easily slide past their neighbors.

"These long and skinny cells can be packed in infinite configurations, so it's very easy for them to rearrange. That facilitates the motion of the collective," Notbohm says.

Since elongated cells have greater perimeters, most computer models have predicted the forces at the periphery of each cell are the most important for dictating its shape.

Notbohm and Saraswathibhatla set out to test that theory in the lab.

Their experiments used fluorescent imaging to assess forces at the periphery of each cell in a single layer of epithelial cells, a type of cells that line surfaces in the body like skin and blood vessels. They also placed the cells on a soft gel surface and analyzed how the gel deformed as cells migrated across it. The gel test allowed them to quantify traction, or how strongly the cells tugged on the surface.

In addition, they used chemicals to decrease or increase forces produced by each cell and studied the effects of those changes.

In the end, Notbohm says their experiments showed that, in fact, the force a cell applies to the surface beneath it primarily controls its shape.

"This was quite surprising because the key factors affecting a cell's perimeter are underneath the cell. They are nowhere near the periphery of the cell," he says.

And now, they can focus on what's important. Looking at the cell-substrate interface, Notbohm hopes to enable further advances in this area.

"The good news is the general phenomena of the models is still correct. This discovery just changes our understanding about the theory," he says. "That's really important, because to eventually develop a new intervention to accelerate wound healing you need to understand the key factors in the cell that are affecting its shape and motion."