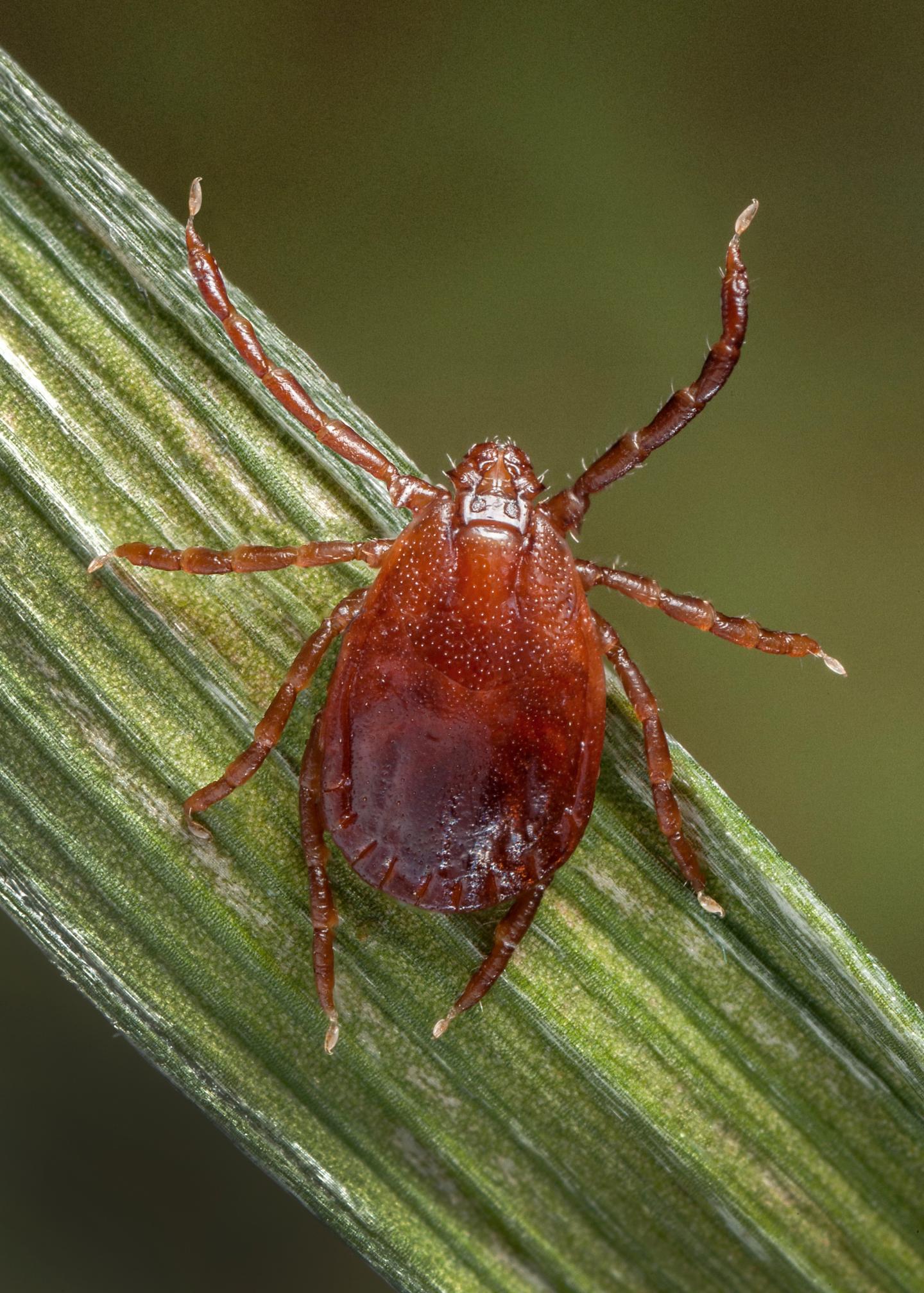 IMAGE: While the invasive Asian longhorned tick (Haemaphysalis longicornis) has now appeared in 12 states since its first detection in the United States in 2017, new research offers some good news...

Annapolis, MD; February 19, 2020--While the invasive Asian longhorned tick (Haemaphysalis longicornis) has now appeared in 12 states since its first detection in the United States in 2017, new research offers some good news about its potential as a public health threat. The same insect repellents and other personal protective measures recommended to prevent bites from native tick species also appear to be equally effective against the Asian longhorned tick.

Researchers at the U.S. Centers for Disease Control and Prevention (CDC) measured the reaction of Asian longhorned tick nymphs (immatures) to the six kinds of repellents that it generally recommends for tick bite prevention, as well as to permethrin-treated clothing. All six repellents and the clothing were deemed highly effective, repelling more than 92 percent of ticks in laboratory tests. Their findings are published today in the Journal of Medical Entomology.

Little research exists on the Asian longhorned tick compared with native ticks in the U.S., so this new study is an important first step, says Lars Eisen, Ph.D., research entomologist at the CDC's National Center for Emerging and Zoonotic Infectious Diseases and senior author on the study. "This is the first publication about the effects of commercially available repellents on H. longicornis. We suspected that repellents recommended by CDC to prevent tick bites would also be effective against this invasive tick species, but we needed to confirm this in order to provide evidence-based recommendations."

Cases of human bites by the Asian longhorned tick have been reported in the U.S. since its arrival. Although it has not yet been found to transmit human disease-causing pathogens in the U.S., in Asia it is known to transmit severe fever with thrombocytopenia syndrome virus and the Japanese spotted fever bacteria Rickettsia japonica.

In lab tests, Eisen and colleagues at CDC exposed H. longicornis nymphs to six over-the-counter repellent products. They placed the ticks under a petri dish lid over filter paper treated with repellent on one half of the circular area and untreated on the other, and they recorded the ticks' locations every five minutes for 30 minutes. At every observation, no less than 92 percent of the ticks were found on the nontreated side, avoiding the side with repellent. The repellent products tested each contained a different EPA-approved active ingredient:

The team also tested fabric treated with permethrin, an insecticide that can be factory-impregnated into garments or applied to clothing by consumers as a spray. Asian longhorned tick nymphs were placed on the treated fabric held at a 45-degree angle, and nearly all were quick to let go and tumble off the fabric rather than cling on--72 percent letting go within 1 minute and 96 percent within 4 minutes.

These results echo tests of the same repellents on native ticks in the U.S. such as the blacklegged tick (Ixodes scapularis), lone star tick (Amblyomma americanum), and American dog tick (Dermacentor variabilis), research that supports the CDC's guidelines for tick bite prevention.

"Our findings indicate that, fortunately, CDC-recommended personal protective measures such as the use of EPA-approved repellents and permethrin-treated clothing are equally effective against the invasive H. longicornis as our native human-biting ticks," says Eisen.

At the time of the CDC study, only H. longicornis nymphs were available for testing. Eisen says similar tests should be conducted on H. longicornis adults and larvae, and further research is needed to answer a host of other questions about this invasive tick species.

"There is much still to discover about H. longicornis--for example, do repellents work as well for adult ticks as for nymphs, and do ticks encountered in the field in the U.S. respond differently when they encounter a repellent compared to laboratory-reared ticks?" Eisen says. "Two other areas of interest are to test host-seeking H. longicornis ticks collected in the field to see if they are naturally infected with microorganisms known to cause human illness and to examine wild animals to better understand which hosts these ticks prefer. This can help us better understand which disease agents the ticks are most likely to acquire while feeding."