Diamonds reveal how continents are stabilized, key to Earth's habitability 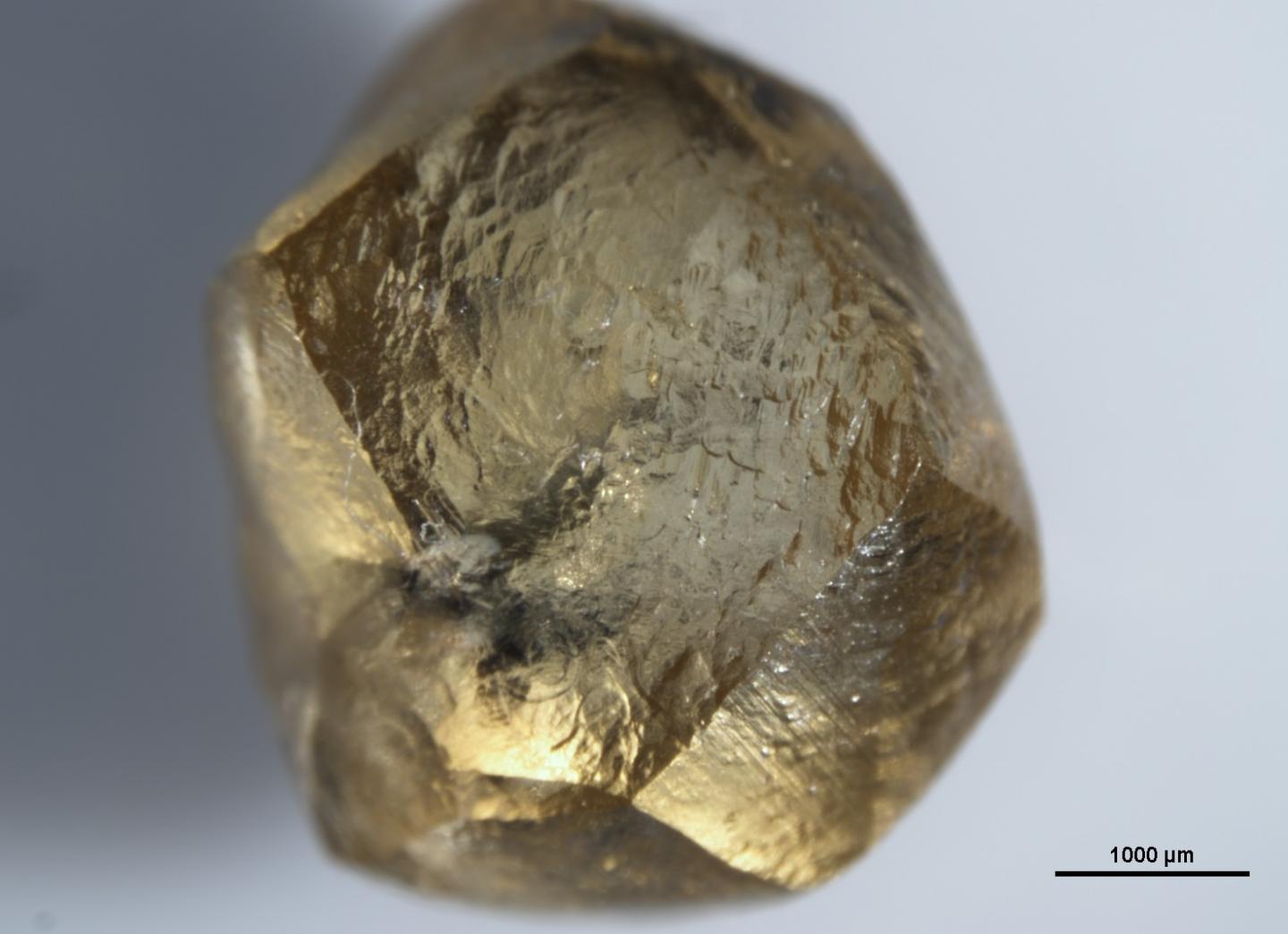 Image:
Courtesy of the Gemological Institute of America.

Washington, DC-- The longevity of Earth's continents in the face of destructive tectonic activity is an essential geologic backdrop for the emergence of life on our planet. This stability depends on the underlying mantle attached to the landmasses. New research by a group of geoscientists from Carnegie, the Gemological Institute of America, and the University of Alberta demonstrates that diamonds can be used to reveal how a buoyant section of mantle beneath some of the continents became thick enough to provide long-term stability.

"We've found a way to use traces of sulfur from ancient volcanoes that made its way into the mantle and eventually into diamonds to provide evidence for one particular process of continent building," explained Karen Smit of the Gemological Institute of America, lead author on the group's paper, which appears this week in Science. "Our technique shows that the geologic activity that formed the West African continent was due to plate tectonic movement of ocean crust sinking into the mantle."

Diamonds may be beloved by jewelry collectors, but they are truly a geologist's best friend. Because they originate deep inside the Earth, tiny mineral grains trapped inside of a diamond, often considered undesirable in the gem trade, can reveal details about the conditions under which it formed.

About 150 to 200 kilometers, 93 to 124 miles, beneath the surface, geologic formations called mantle keels act as stabilizers for the continental crust. The material that comprises them must thicken, stabilize, and cool under the continent to form a strong, buoyant, keel that is fundamental for preserving the surface landmass against the relentless destructive forces of Earth's tectonic activity. But how this is accomplished has been a matter of debate in the scientific community.

"Solving this mystery is key to understanding how the continents came to exist in their current incarnations and how they survive on an active planet," Shirey explained. "Since this is the only tectonically active, rocky planet that we know, understanding the geology of how our continents formed is a crucial part of discerning what makes Earth habitable."

Some scientists think mantle keels form by a process called subduction, by which oceanic plates sink from the Earth's surface into its depths when one tectonic plate slides beneath another. Others think keels are created by a vertical process in which plumes of hot magma rise from much deeper in the Earth.

A geochemical tool that can detect whether the source of a mantle keel's makeup originated from surface plates or from upwelling of deeper mantle material was needed to help resolve this debate. Luckily, mantle keels have the ideal conditions for diamond formation. This means scientists can reveal a mantle keel's origin by studying inclusions from diamonds that formed in it.

The research group's analysis of sulfur-rich minerals, called sulfides, in diamonds mined in Sierra Leone indicate that the region experienced two subduction events during its history.

They were able to make this determination because the chemistry of the sulfide mineral grains is only seen in samples from Earth's surface more than 2.5 billion years ago--before oxygen became so abundant in our planet's atmosphere. This means that the sulfur in these mineral inclusions must have once existed on the Earth's surface and was then drawn down into the mantle by subduction.

The team's comparison to diamonds from Botswana showed similar evidence of keel-creation through subduction. But comparison to diamonds mined from northern Canada does not show the same sulfur chemistry, meaning that the mantle keel in this region originated in some way that did not incorporate surface material.

The group's findings suggest that thickening and stabilization of the mantle keel beneath the West African continent happened when this section of mantle was squeezed by collision with the sinking ocean floor material. This method of keel thickening and continent stabilization is not responsible for forming the keel under a portion of northern Canada. The sulfide minerals inside Canadian diamonds do not tell the researchers how this keel formed, only how it didn't.

"Our work shows that sulfide inclusions in diamonds are a powerful tool to investigate continent construction processes," Smit concluded.