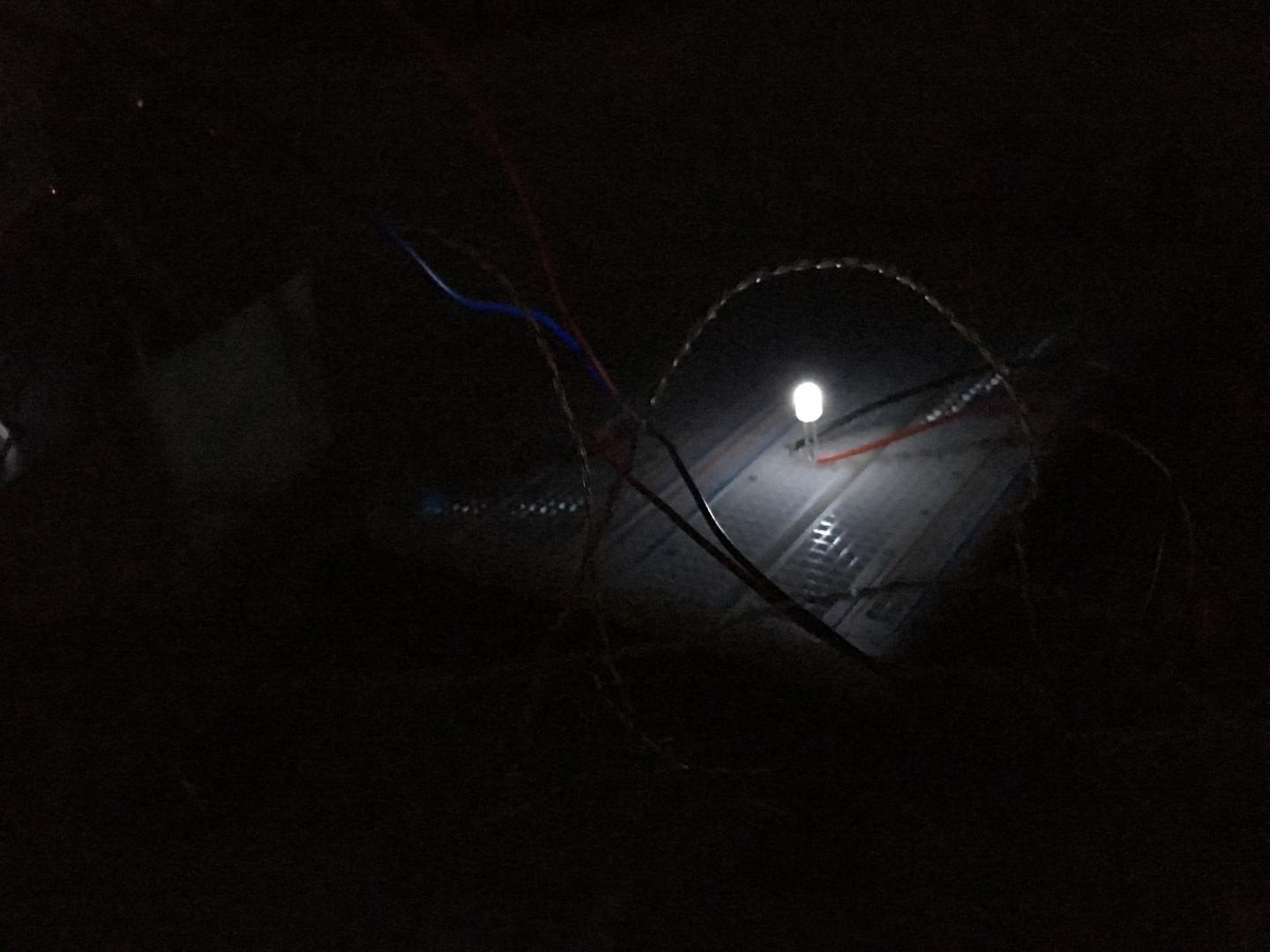 IMAGE: In this photograph, the thermoelectric generator harnesses temperature differences to produce renewable electricity without active heat input. Here it is generating light.

An inexpensive thermoelectric device harnesses the cold of space without active heat input, generating electricity that powers an LED at night, researchers report September 12 in the journal Joule.

"Remarkably, the device is able to generate electricity at night, when solar cells don't work," says lead author Aaswath Raman (@aaraman), an assistant professor of materials science and engineering at the University of California, Los Angeles. "Beyond lighting, we believe this could be a broadly enabling approach to power generation suitable for remote locations, and anywhere where power generation at night is needed."

While solar cells are an efficient source of renewable energy during the day, there is currently no similar renewable approach to generating power at night. Solar lights can be outfitted with batteries to store energy produced in daylight hours for night-time use, but the addition drives up costs.

The device developed by Raman and Stanford University scientists Wei Li and Shanhui Fan sidesteps the limitations of solar power by taking advantage of radiative cooling, in which a sky-facing surface passes its heat to the atmosphere as thermal radiation, losing some heat to space and reaching a cooler temperature than the surrounding air. This phenomenon explains how frost forms on grass during above-freezing nights, and the same principle can be used to generate electricity, harnessing temperature differences to produce renewable electricity at night, when lighting demand peaks.

Raman and colleagues tested their low-cost thermoelectric generator on a rooftop in Stanford, California, under a clear December sky. The device, which consists of a polystyrene enclosure covered in aluminized mylar to minimize thermal radiation and protected by an infrared-transparent wind cover, sat on a table one meter above roof level, drawing heat from the surrounding air and releasing it into the night sky through a simple black emitter. When the thermoelectric module was connected to a voltage boost convertor and a white LED, the researchers observed that it passively powered the light. They further measured its power output over six hours, finding that it generated as much as 25 milliwatts of energy per square meter.

Since the radiative cooler consists of a simple aluminum disk coated in paint, and all other components can be purchased off the shelf, Raman and the team believe the device can be easily scaled for practical use. The amount of electricity it generates per unit area remains relatively small, limiting its widespread applications for now, but the researchers predict it can be made twenty times more powerful with improved engineering--such as by suppressing heat gain in the radiative cooling component to increase heat-exchange efficiency--and operation in a hotter, drier climate.

"Our work highlights the many remaining opportunities for energy by taking advantage of the cold of outer space as a renewable energy resource," says Raman. "We think this forms the basis of a complementary technology to solar. While the power output will always be substantially lower, it can operate at hours when solar cells cannot."