Researchers at the Epigenetics and Cancer Biology Program at IDIBELL led by Manel Esteller, ICREA researcher and professor of genetics at the University of Barcelona, have described alterations in noncoding long chain RNA sequences (lncRNA) in Rett syndrome.

These molecules act as supervisor agents responsible of 'switch on' or 'switch off' other genes in our genome that regulate the activity of neurons. The work has been published in the last issue of the journal RNA Biology.

Only 5% of our genetic material are genes that encode proteins. The remaining 95% is known as dark genome or non-coding DNA and its function is still unknown. Part of this DNA produces RNA molecules called noncoding long chain RNA (lncRNAs).

Rett syndrome is a neurodevelopmental disease and it is the second most common cause of mental retardation in females after Down syndrome. Clinical symptoms occur between 6 and 18 months after birth and consist of a loss of cognitive, social and motor capacities accompanied by autistic behaviors, eg, stereotypic hand movements.

Today there is no effective treatment of the disease but the control of their symptoms. The syndrome is usually due to the presence of a mutation in MeCP2 epigenetic gene that, as a magnet, regulates the expression of many other genes of the cell. 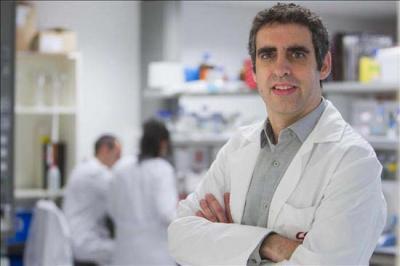 Esteller's team works with a mouse model that faithfully reproduces the characteristics of the human Rett syndrome. In this study, researchers compared the expression of long chains of RNA in healthy and diseased animals and found that the presence of mutations in the Mecp2 gene causes alterations in the activity of lncRNA.

One such altered lncARN regulates the function of a key neurotransmitter in the nervous system in all vertebrates brain (GABA receptor). "Its alteration", says Esteller, "could explain the defects of communication between neurons in girls affected by Rett Syndrome."

According to Manel Esteller "this finding, in addition to increasing knowledge about the causes of the disease, could open the door to new therapeutic strategies that target lncRNA molecules or GABA receptor."