Concordian examines the link between cognition and hearing or vision loss 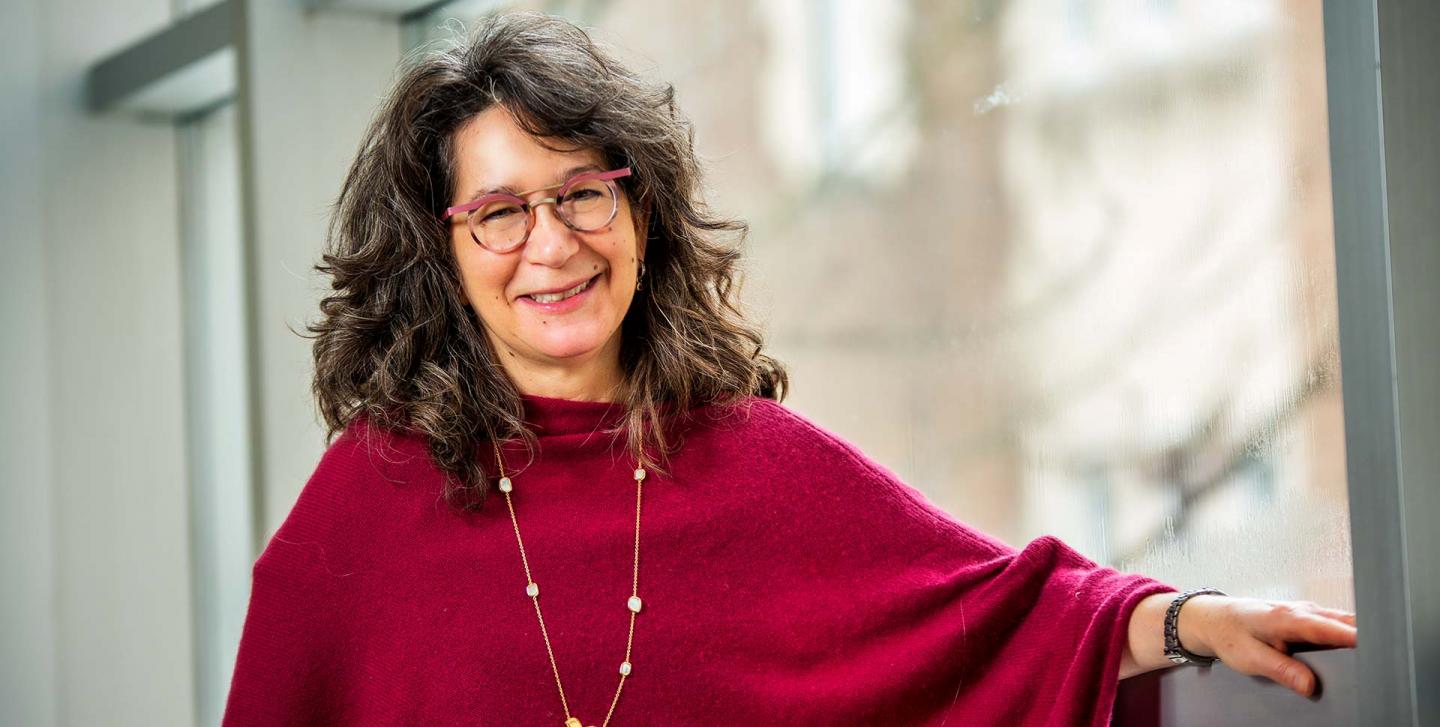 IMAGE: This is Professor of Psychology Natalie Phillips.

There is a long-established and widely recognized link between declines in sensory acuity -- particularly hearing and vision -- and cognition. Data from the Canadian Longitudinal Study on Aging (CLSA), involving tens of thousands of participants across the country aged 45 to 85, backs this up.

A recent study led by Montreal researchers asks why this relationship exists. Concordia's Natalie Phillips and her colleagues found that poor hearing especially was linked to declines in memory and executive function in otherwise relatively healthy, autonomous, community-dwelling older adults.

Their paper, published in the journal Scientific Reports, asks if social factors -- loneliness, depression and so on -- also play a role in cognitive decline.

"We really want to look at individuals who have more restricted social networks and less social support," says Phillips, professor of psychology in the Faculty of Arts and Science and the paper's co-author. "Are the ones who are getting less brain stimulation and less social enrichment experiencing poorer cognition?"

Phillips says they really did not find strong evidence of that.

"All we can say at this point is that individuals who have poorer sensory abilities have poorer cognitive abilities, and we can't explain it by more restricted social networks or social functioning."

Looking for the why

The authors examined data the CLSA collected between 2012 and 2015. None of the respondents lived in institutions or suffered from any kind of cognitive impairment. The researchers also controlled for other factors, such as age, gender, education and health status. They found the relationship between sensory acuity and cognitive function was strong in all circumstances.

"We wanted to know why this relationship between our sensory and cognitive abilities exists," Phillips explains.

She lists four hypotheses. First is a common cause of deterioration: as individuals get older, their cognition simply deteriorates along with their hearing and vision.

A third idea relies on resource expenditure. If your brain is expending a lot of energy trying to understand what is being said or what is being presented visually, there will be relatively fewer resources available to process that information cognitively.

The researchers were unable to test these first three hypotheses because they need longitudinal follow-up baseline data to compare with these baseline results. However, they were able to test the fourth hypothesis, which looks at the established link between sensory decline and negative social outcomes such as the potential for increased depression and social withdrawal and isolation.

"It becomes hard to navigate your world," explains Phillips. "Going out to social activities or maintaining conversations becomes complicated. So we wanted to test whether this relationship between sensory function and cognition was mediated by limitations in someone's social network." In the end, the researchers did not find this to be the case.

Phillips and her colleagues note that the study of CLSA data is in its early stages. After all, this is the first wave of data made available from a study that will span 20 years. There is a lot left to learn.

For instance, they identified that poor hearing predicted poor executive function even though the majority of the tests were visual in nature. "We see this relationship between poor hearing and cognition regardless of the modality that you get the cognitive information from," she says.

Phillips adds that her team will continue to study CLSA data going forward.

"We want to get access to the genetic data that's available to see if there is a certain genetic profile that is more important for this sensory-cognitive relationship."