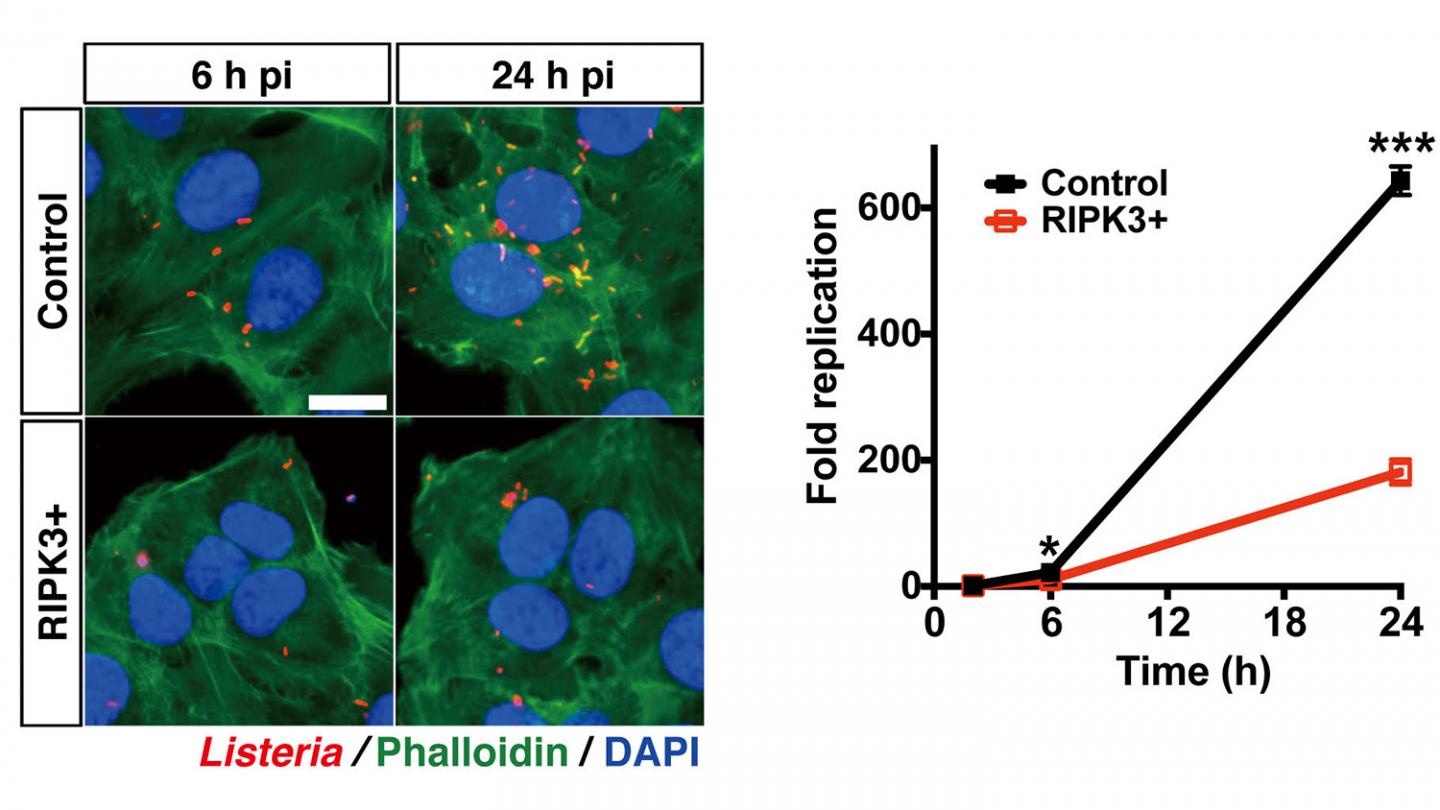 Rather than killing host cells infected by Listeria in the gastrointestinal tract, the RIPK3 and MLKL proteins recognize the chemical composition of the bacteria and MLKL binds to it, preventing the spread of Listeria while keeping the host cells alive.

"While we've shown that these proteins take on a different function in intestinal epithelial cells than they do in immune cells, we're still not sure how or why this differentiation occurs," said Jun Ninomiya-Tsuji, professor of biological sciences and co-corresponding author of a paper describing the research.

The researchers, led by Kazuhito Sai, a toxicology research associate and co-corresponding author of the paper, first used human intestinal cells to show that RIPK3-deficient cells were infected by Listeria while cells with RIPK3 had few such infections. The researchers then used mice to see if Listeria could reach mouse livers by invading intestinal cells. They found many Listeria in RIPK3-deficient mice but few Listeria in normal mice.

They then showed that RIPK3 and a protein that works with it, MLKL, were activated by the presence of Listeria. This protein-pathway activation inhibited Listeria replication, showing that the proteins effectively blunted Listeria.

Next, and most surprisingly, the researchers showed that the activation of RIPK3 and MLKL by Listeria did not result in cell death. Instead, MLKL proteins bound themselves to Listeria, stopping its spread.

"These proteins induce cell death to prevent certain infections, particularly in immune cells," Sai said. "Inducing death of epithelial cells in the GI tract may cause removal of an important barrier to viruses and bacteria, so it's possible that these proteins recognize that killing these cells could make things worse instead of better."

Future research will attempt to understand how and why these proteins take different approaches - inducing cell death or not - to stave off bacteria in the GI tract, the researchers said.