Bubbles go with the flow 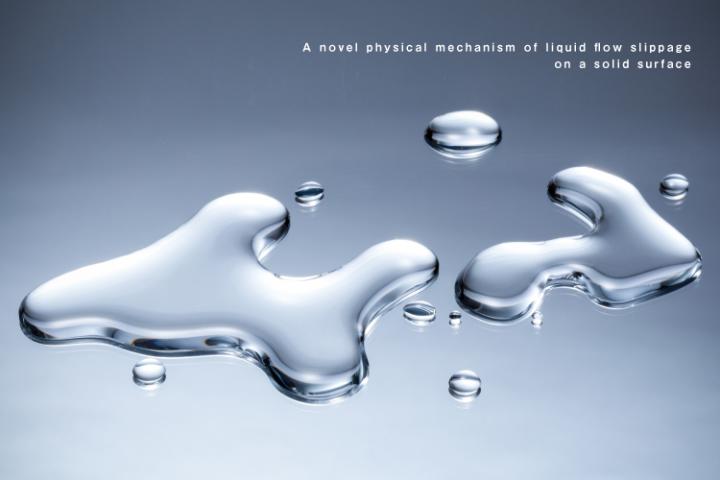 IMAGE: The University of Tokyo researchers develop a new physical model incorporating the density dependence of viscosity to understand the interactions of flowing viscous fluids with pipe walls, with promise to...

Image:
Institute of Industrial Science, The University of Tokyo

Tokyo, Japan - Researchers at the Institute of Industrial Science, The University of Tokyo, used a sophisticated physical model to simulate the behavior of fluids moving through pipes. By including the possibility of shear-induced bubble formation, they find that, contrary to the assumptions of many previous works, fluids can experience significant slippage when in contact with fixed boundaries. This research may help reduce energy losses when pumping fluids, which is a significant concern in many industrial applications, such as gas and oil suppliers.

Fluid dynamics is one of the most challenging areas of physics. Even with powerful computers and the use of simplifying assumptions, accurate simulations of fluid flow can be notoriously difficult to obtain. Researchers often need to predict the behavior of fluids in real-world applications, such as oil flowing through a pipeline. To make the problem easier, it has been common practice to assume that at the interface between the fluid and the solid boundary--in this case, the pipe wall--the fluid flows without slipping. However, the evidence to support this shortcut has been lacking. More recent research has shown the slippage can occur under certain circumstances, but the physical mechanism has remained mysterious.

Now, to more rigorously understand the origin of flow slippage, researchers at The University of Tokyo created an advanced mathematical model that includes the possibility of dissolved gas turning into bubbles on the pipe's inner surface.

"The no-slip boundary condition of liquid flow is one of the most fundamental assumptions in fluid dynamics," explains first author Yuji Kurotani. "However, there is no rigorous physical foundation for this condition, which ignores the effects of gas bubbles."

To do this, the researchers combined the Navier-Stokes equations, which are the basic laws that govern fluid flow, with Ginzburg-Landau theory, which describe phase transitions such as the change from a liquid to a gas. The simulations revealed that flow slippage can be caused by tiny microbubbles that form on the pipe wall. The bubbles, which are created by the shear forces in the fluid, often escape detection in real life because they remain very small.

Says Kurotani, "The results of our project can help design new pipes that transport viscous fluids, like fuel and lubricants, with much smaller energy losses."