Brilliant iridescence can conceal as well as attract 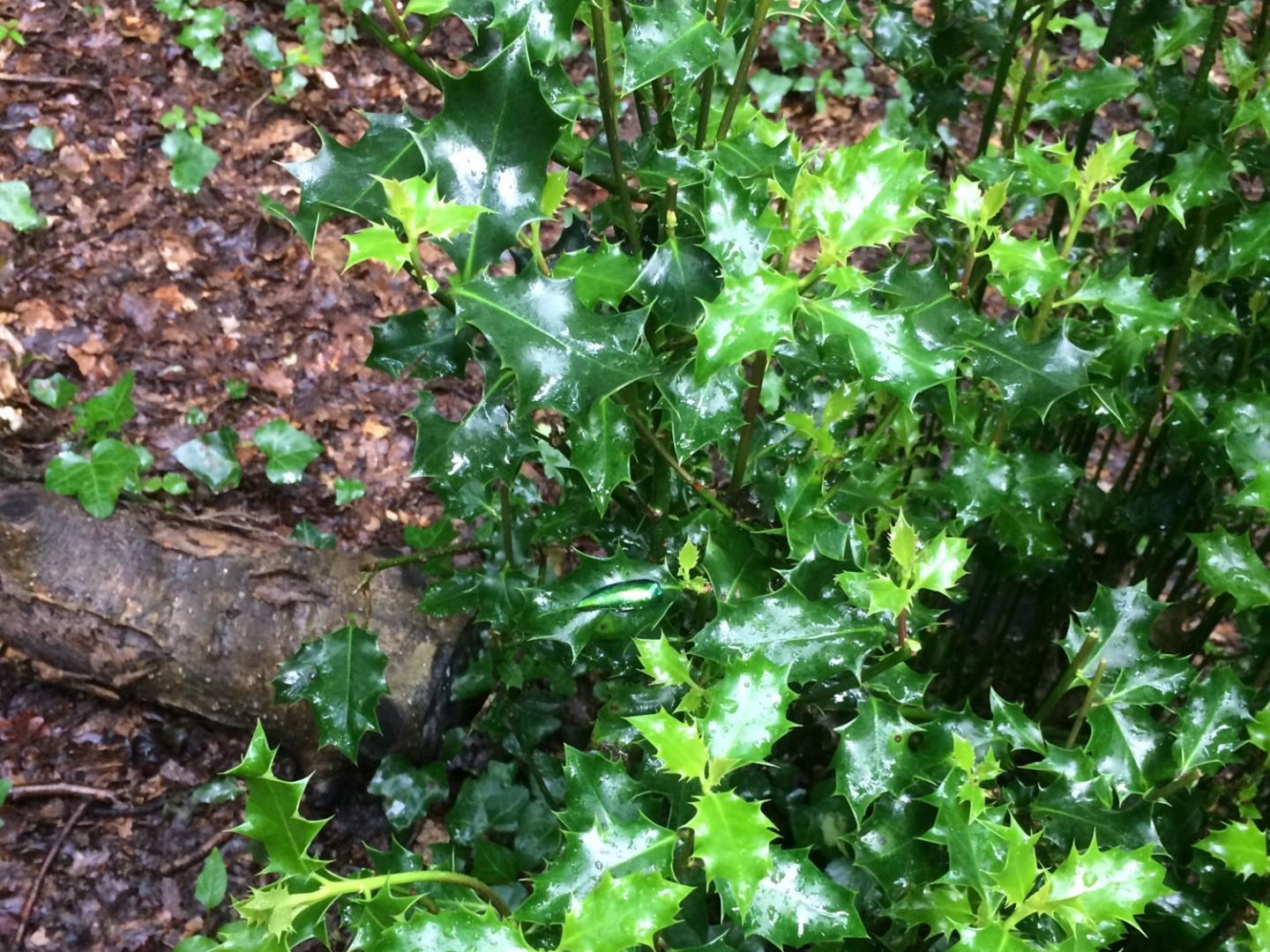 A new study shows for the first time that the striking iridescent colours seen in some animals increase their chances of survival against predators by acting as a means of camouflage. Rather than reveal it seems these dynamically changing shades are used to conceal, according to the University of Bristol study published today [23 January] in Current Biology.

Until now, it was assumed that the iridescent colours seen in nature have two main purposes: they can help animals find mates, or act as a warning to predators that a prey item may be poisonous.

Researchers at Bristol's Camo Lab wanted to find out why this vivid metallic coloration has evolved in so many different species of animals by investigating its biological function. They chose to test this theory on the vividly coloured jewel beetle (Sternocera aequisignata) because both sexes of this species are iridescent which makes sexual signalling somewhat less likely as a function of the colour.

They tested the idea of iridescence-as-camouflage by placing iridescent and non-iridescent beetle models on leaves in the forest and noted their survival against attacks by wild birds. They found that the models with biological iridescence, survived best against birds, providing evidence that iridescence can increase prey survival and that these bright metallic colours could have evolved in beetles to confuse birds - their primary predator.

Dr Karin Kjernsmo, the study's lead author at the University of Bristol School of Biological Sciences, said: "Iridescent colours are most likely familiar to you from everyday objects such as soap bubbles and CDs, but this striking form of structural colour is also very common in nature. Iridescence has evolved independently in everything from jewel-like insects to shimmering birds and can even be spotted in your garden in insects such as Rose Chafers and Rosemary beetles.

"Although an iridescent insect might be easy to spot in a well-lit museum case, these spectacular colours may not shine as brightly in the dappled light of a natural environment, and so an iridescent beetle on a shiny leaf could be much more difficult to detect. If iridescence is to work as a form of protective coloration, it needs to work against birds, because birds are likely to be the most important predators of many iridescent insects."

However, the team wanted to investigate why the birds didn't attack the iridescent models and whether the increase in prey survival was due to camouflage or a warning colour effect. To test this, the researchers conducted a final experiment in which they asked human participants to search for the beetle models in the same environment. Warning colours should be easy to see, whereas if the beetles survived due to camouflage, the humans would not be able to detect them.

Dr Karin Kjernsmo, "I think that the biggest surprise to us was that when we carried out the same experiment with humans even they really struggled to spot the iridescent beetles. Both birds and humans really do have difficulty spotting iridescent objects in a natural, complex, forest environment.

"While the idea of 'iridescence as camouflage' itself is not new, our study is the first solid evidence for the idea that iridescence can work as highly-effective form of camouflage, and ultimately this could explain why iridescence has evolved in so many different species of animals."