Cattle contribute to global warming by burping and farting large amounts of greenhouse gases. Some of the same gases are also emitted from cow pats on pastures. But now researchers from the University of Helsinki have found that beetles living in cow pats may reduce emissions of the key greenhouse gas - methane.

Agriculture is one of the biggest sources of the anthropogenic greenhouse gases responsible for global warming. Among these, cattle farming for meat and milk are major sources of methane, a gas with a potent warming effect. Much of this methane comes from the guts of ruminating cattle, but some escapes from dung pats on pastures. Now researchers from the University of Helsinki have found that beetles living in the cow pats may reduce emissions of methane. The study has just been published in the journal PLoS ONE.

Atte Penttilä, who undertook the study for his Masters, explains: "Cow pats offer a prime food for a large number of organisms. In fact, there are probably as many beetle species living in dung as there are bird species on this planet."

Of the dung beetles living in Northern Europe, most spend their entire lives within the dung pats. "We believe that these beetles exert much of their impact by simply digging around in the dung. Methane is primarily born under anaerobic conditions, and the tunneling by beetles seems to aerate the pats. This will have a major impact on how carbon escapes from cow pats into the atmosphere." 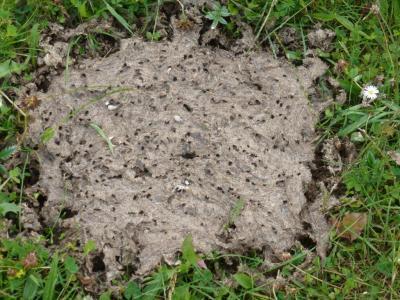 By digging around in their food, dung beetles like Aphodius pedellus may aerate cow pats -- and thereby modify methane emissions.

"You see, the important thing here is not just how much carbon is released" explains Tomas Roslin, head of the research team. "The question is rather in what form it is released. If carbon is first taken up by plants as carbon dioxide, then emitted in the same format by the cows eating the plants, then the effect of plants passing through cattle will be small in terms of global warming. But if in the process the same carbon is converted from carbon dioxide to methane – a gas with a much higher impact on climate – it is then that we need to worry."

"If the beetles can keep those methane emissions down, well then we should obviously thank them – and make sure to include them in our calculations of overall climatic effects of dairy and beef farming."

"Overall, the effects that we found are intriguing, but the implications also quite worrying", says Eleanor Slade, a researcher commuting between teams working on dung beetles in both Helsinki and Oxford. "When you combine the current increase in meat consumption around the world with the steep declines in many dung beetle species, overall emissions from cattle farming can only increase." 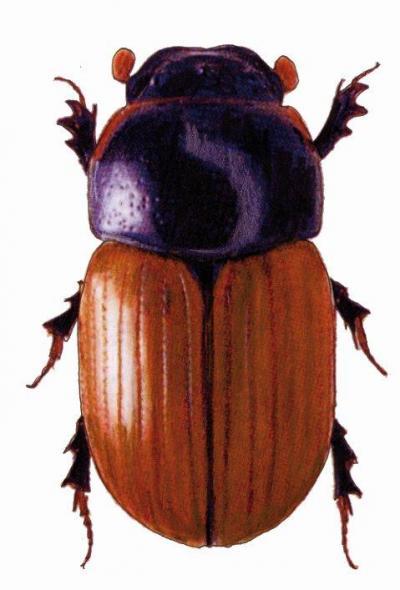 By digging around in their food, dung beetles like Aphodius pedellus may aerate cow pats -- and thereby modify methane emissions.