Bats may benefit from wildfire 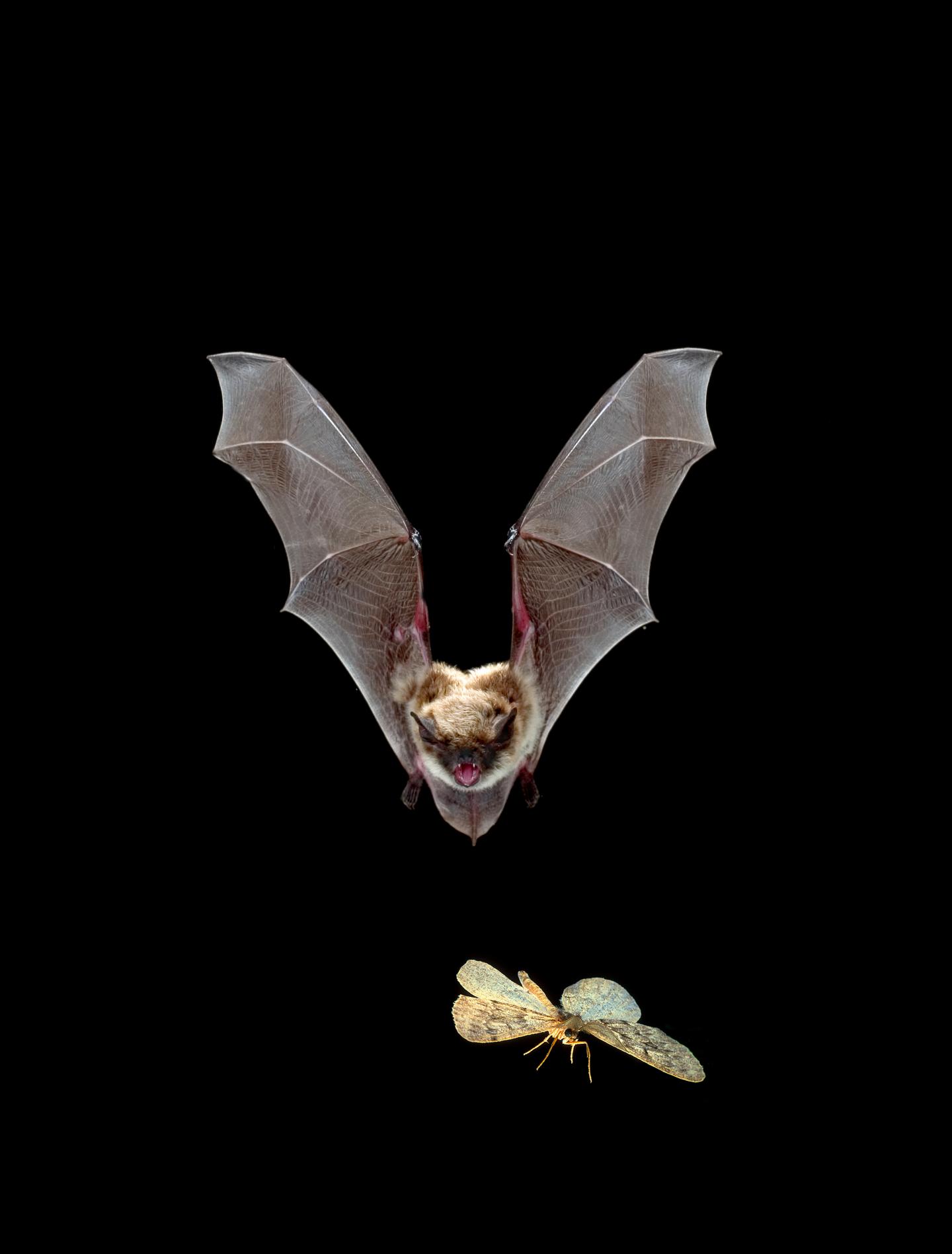 IMAGE: A female Yuma myotis is in flight pursuing a moth.

Bats face many threats - from habitat loss and climate change to emerging diseases, such as white-nose syndrome. But it appears that wildfire is not among those threats, suggests a study from the University of California, Davis, published today in the journal Scientific Reports. It found that bats in the Sierra Nevada appear to be well-adapted to wildfire.

The researchers used acoustic surveys to test the effects of burn severity and variation in fire effects, or pyrodiversity, on 17 species of bats in the region. Individual species responded to wildfire differently, but overall species richness increased from about eight species in unburned forests to 11 species in forests that experienced moderate- to high-severity burns.

"Bats rely on forests for a number of resources," said lead author Zack Steel, a postdoctoral researcher with UC Davis and UC Berkeley who conducted the study as a UC Davis doctoral candidate. "The key is recognizing that natural fire is useful to them because it creates a variety of habitat conditions. They are adapted to it. Many species seem to actually benefit from fire."

Many forest bats are adapted to dense spaces, while others are associated with open habitats. Researchers were surprised to find species from both groups preferred burned forests to unburned or minimally burned forests. Steel thinks this is because decades of fire suppression created uncharacteristically dense forests.

"Our forests are now so dense that even clutter-tolerant bats are preferring burned areas," he said. "There are big areas of forests that haven't seen fire in a century. When fires do occur, they create openings for these species."

These openings are entryways for bats to better find insects to eat. Dead trees or snags even provide roosting habitat for some bats.

The study lends support to the practice of prescribed burns and managed wildfire where lightning-caused fires are allowed to burn in remote areas in Sierra Nevada forests.

As nocturnal animals with no audible call or song, bats are relatively understudied. They use echolocation, in which they emit a sound humans cannot hear. They listen as the call bounces off an object, marking its location.

To learn how wildfire is affecting bat habitat, the research team used acoustic surveying technology with ultrasonic microphones to track echolocation patterns, which vary among species. The recordings were converted into spectrograms, or visualizations of bat calls, that allowed scientists to identify the species present. Then they compared bat occurrence rates to habitat conditions.

Steel said that with recent dramatic changes in wildfire patterns in the Sierra Nevada, shifts in the composition of species are likely underway, but "not everything is losing."