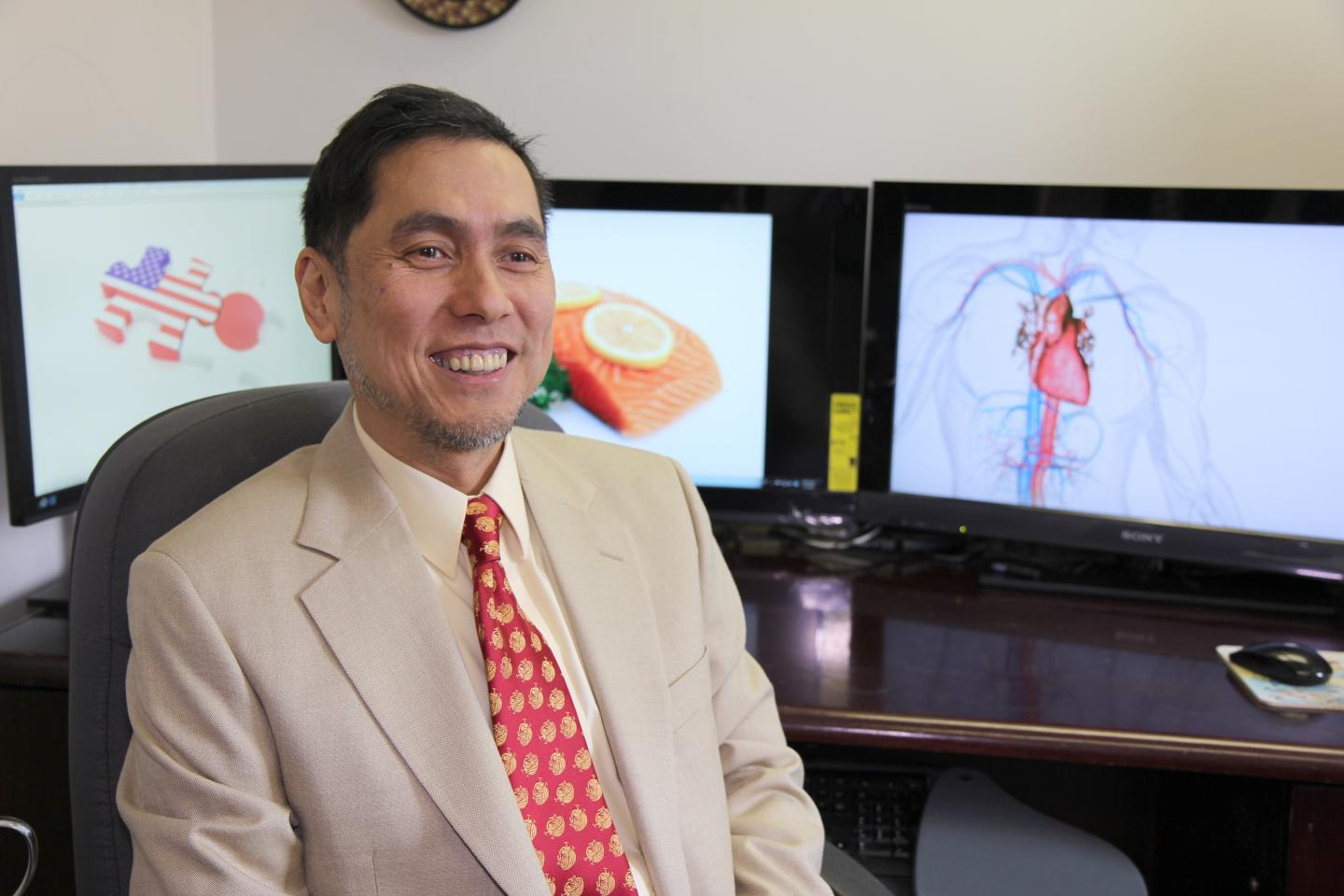 PITTSBURGH, Oct. 22, 2020 - A metabolite produced following consumption of dietary soy may decrease a key risk factor for dementia--with the help of the right bacteria, according to a new discovery led by researchers at the University of Pittsburgh Graduate School of Public Health.

To obtain this result, Sekikawa's research team measured equol levels within the blood of 91 elderly Japanese participants with normal cognition. Participants were sorted by their equol production status, and then six to nine years later underwent brain imaging to detect levels of white matter lesions and deposits of amyloid-beta, which is the suspected molecular cause of Alzheimer's disease.

The researchers found that while equol production did not appear to impact levels of amyloid-beta deposited within the brain, it was associated with reduced white matter lesion volumes. Sekikawa's team also discovered that high levels of isoflavones--soy nutrients that are metabolized into equol--had no effect on levels of white matter lesions or amyloid-beta when equol wasn't produced.

According to Sekikawa, the ability to produce equol from soy isoflavones may be the key to unlocking protective health benefits from a soy-rich diet, and his team has previously shown that equol production is associated with a lower risk of heart disease. As heart disease is strongly associated with cognitive decline and dementia, equol production could help protect the aging brain as well as the heart.

Epidemiological studies in Japan, where soy is regularly consumed, have shown that dietary intake of soy isoflavones has been linked to a lower risk for heart disease and dementia. However, most clinical trials in America have failed to show this.

Sekikawa believes that this discrepancy may be due to the microbiome--40-70% of Japanese harbor gut bacteria that can convert dietary isoflavones into equol compared to only 20-30% of Americans.

Sekikawa said that equol supplements could one day be combined with existing diet-based prevention strategies that appear to lower the risk of dementia, particularly the Dietary Approaches to Stop Hypertension (DASH) and Mediterranean diets.

Though Sekikawa hopes to evaluate the neuroprotective effects of equol supplements in a future randomized clinical trial, in the meantime, he urges caution to anyone who might be tempted to purchase equol supplements to stave off dementia.

"This type of study always catches people's attention, but we cannot prove that equol protects against dementia until we get a randomized clinical trial with sufficient evidence," he said.