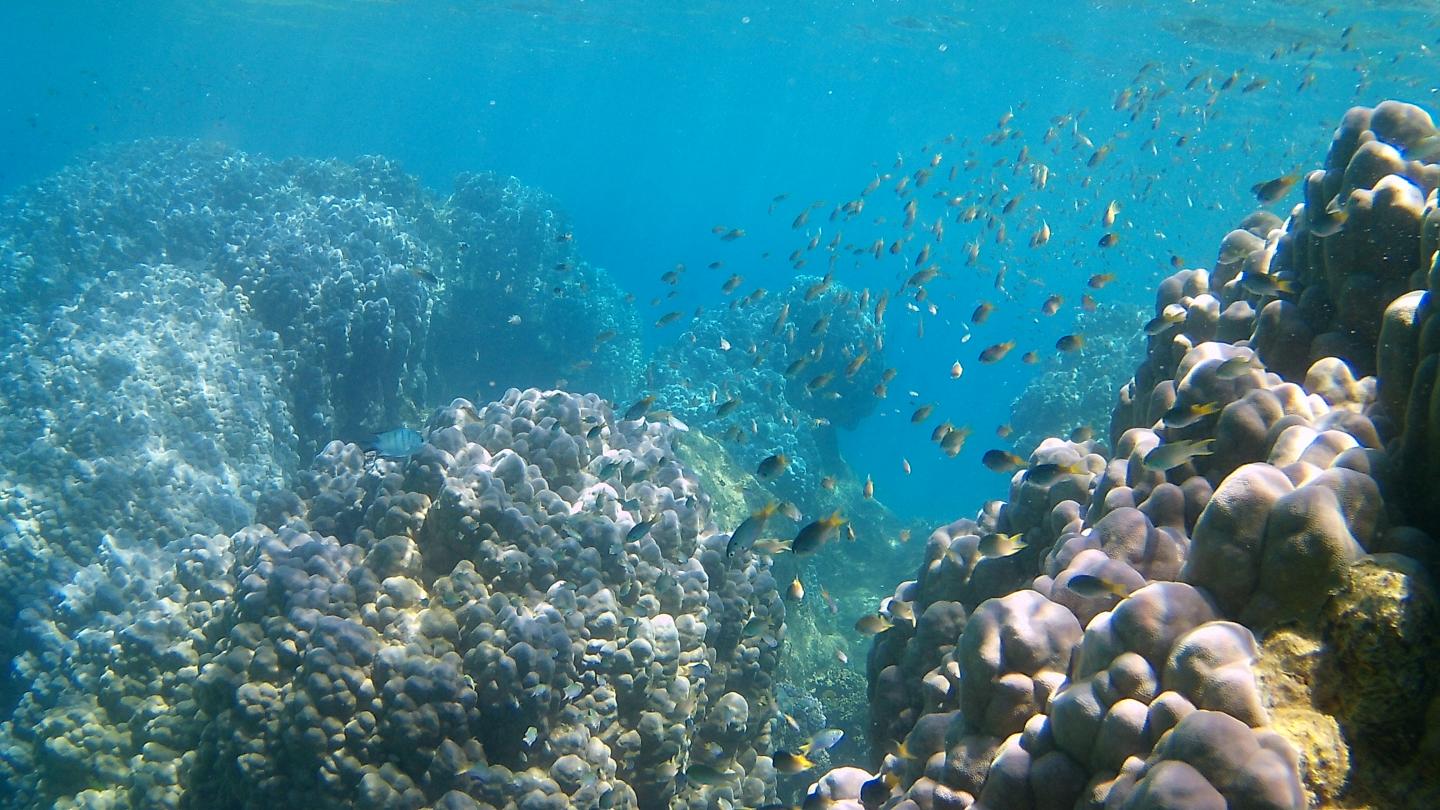 Oceans are a bellwether for the planet's health, absorbing over 90% of the sun's energy. They demonstrate the extent to which rising temperatures are threatening coral reefs and other vital ecosystems that support biodiversity. In 2016 and 2017, an abrupt rise in surface temperatures in the Pacific Ocean caused mass bleaching on an unprecedented scale. Australia's Great Barrier Reef was especially hard-hit.

Bleaching occurs when heat stress disrupts the symbiotic relationship between corals and the tiny algae that live inside them, providing a source of nutrients for coral and giving them their color. Persistent bleaching can lead to coral death. In the past two decades, abnormal heatwaves caused entire sections of reef off the coast of Australia - measuring several kilometers in length - to turn white.

Scientists have already found that some reefs are better equipped to cope with recurring heat stress than others. For his thesis research, Oliver Selmoni, a doctoral assistant at EPFL's Laboratory of Geographic Information Systems (LASIG), applied the principles of environmental genomics to characterize this ability to adapt. Selmoni cross-referenced the results of genetic analyses of coral samples with ocean temperature data captured by satellites to determine what made some corals better able to withstand rising temperatures.

Building a study from the ground up

Having applied his method to pre-existing data on a coral species in Japan, Selmoni travelled to New Caledonia to build a new study from the ground up. He collected his own coral samples with the help of the IRD scientists based in Nouméa. The findings were published in Nature Scientific Reports on 12 November. "New Caledonia is home to the world's second-longest coral reef, expanding to over 1,000 km," says Selmoni. "This relatively compact ecosystem is exposed to dramatic contrasts in environmental conditions, which makes it an ideal candidate for studying climate adaptation."

The study aimed to test two hypotheses. The first is that coral populations learn to adapt to warmer seas after experiencing prolonged heat stress over many years. "The longer higher temperatures persist, the more likely it is that climate-resilient traits will develop and be passed down from generation to generation," explains Selmoni. The second hypothesis relates to connectivity: corals reproduce by releasing larvae into the water, which are then carried in ocean currents. "Corals rely on nearby populations for survival. When a reef is destroyed by environmental stressors or human activity, larvae from elsewhere are needed to kick-start repopulation," he adds.

Selmoni's first task was to assess the composition of the marine environment in New Caledonia, using satellite data stretching back 30 years. After selecting 20 sites with the greatest temperature contrasts, he headed into the field to collect samples. "We focused on three flagship Pacific coral species that are susceptible to bleaching and relatively easy to find," he recalls. "It was a huge undertaking: 3,000 km by road and another 1,000 km by boat!" Selmoni shared details of his experience on the EPFL Out There blog.

Using environmental genomics methods at LASIG, he found that the field observations supported his connectivity and adaptation hypotheses. "As expected, we observed a correlation between likelihood of adaptation and prolonged exposure to high heat stress. Conversely, corals in locations that had never experienced heat stress showed no climate-adaptive traits," explains Selmoni.

Looking ahead, the maps developed in the study could be used to establish new marine protected areas (MPAs) - zones where fishing, tourism, industry and other human activities are restricted - in places where, through connectivity, heat-resistant coral strains could populate reefs around the archipelago. Another option could be to select and grow climate-adaptive corals, then transplant them into nearby reefs that are less able to withstand rising temperatures, thereby accelerating the process of natural selection. "Over time, these hardier strains can help rebuild damaged reefs or make existing coral populations more resilient to bleaching," adds Selmoni.