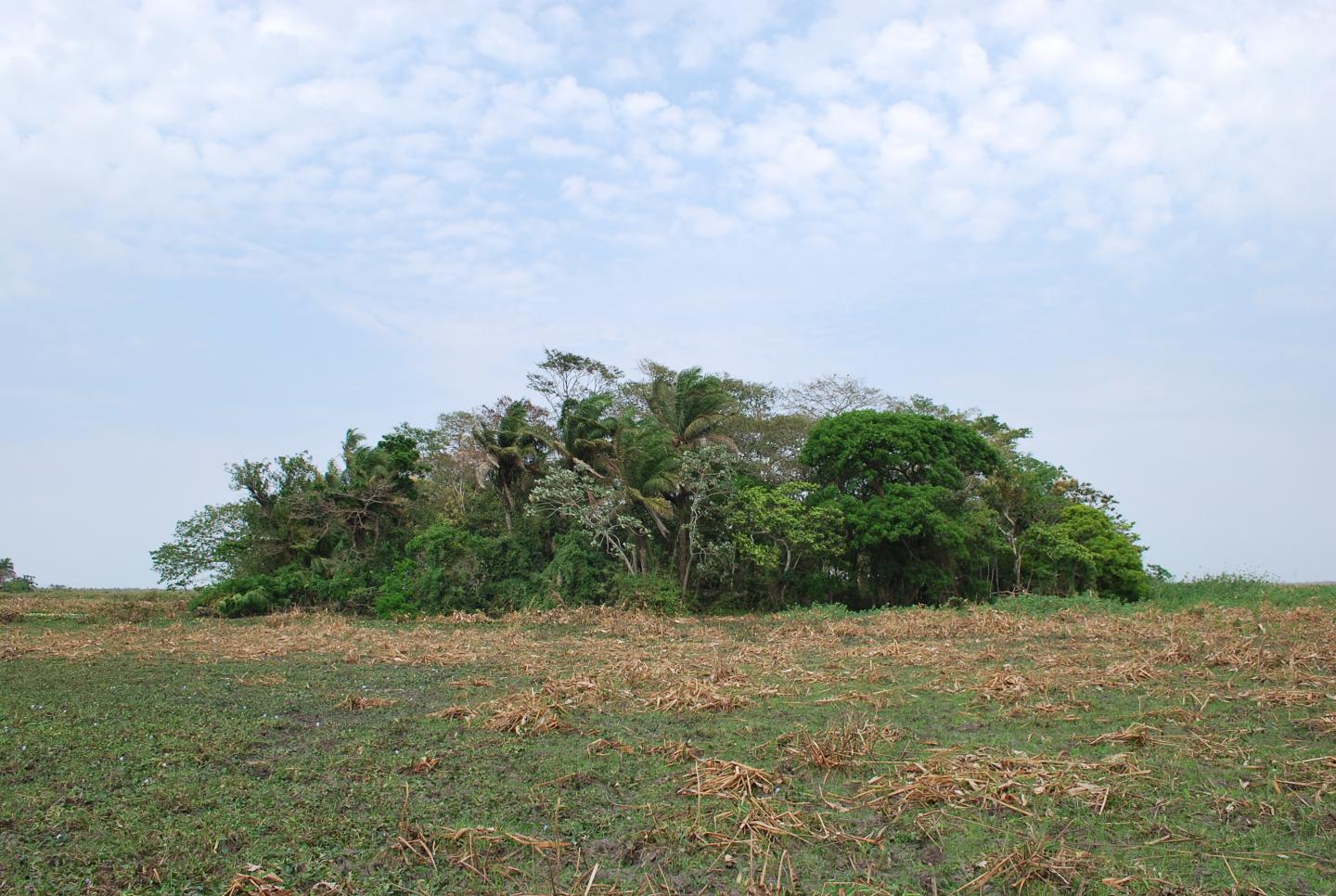 IMAGE: Forest island in the Bolivian Llanos de Moxos, one of the sites where archaeologicalexcavations revealed the existence of Early and Middle Holocene human occupations including burials.

As agriculture emerged in early civilizations, crops were domesticated in four locations around the world -- rice in China; grains and pulses in the Middle East; maize, beans and squash in Mesoamerica; and potatoes and quinoa in the Andes. Now, an international team of researchers have confirmed a fifth domestication area in southwestern Amazonia where manioc, squash and other edibles became garden plants during the early Holocene, starting over 10,000 years ago.

"Our results confirm the Llanos de Moxos as a hotspot for early plant cultivation, and demonstrate that ever since their arrival, humans have caused a profound alteration of Amazonian landscapes, with lasting repercussions for habitat heterogeneity and species conservation," the researchers report today (Apr. 8) in Nature.

The Llanos de Moxos is a savannah of approximately 48,700 square miles located in the Beni Department of Bolivia in southwestern Amazonia. The landscape is dotted by earthworks, including raised fields, mounds, canals and forest islands. The researchers looked at the forest islands located within the vast savannah for signs of early gardening.

However, as Umberto Lombardo, University of Bern, who leads the paper, noted, "Most circular forest islands are in fact artificial and irregular ones are not. There is not a clear pattern."

In fact, there are more than 4,700 artificial forest islands in the Llanos de Moxos savannah according to the researchers who "ground truthed" approximately 30 of these islands and showed that many might have served as human planting areas.

"Archaeological evidence for plant domestication is very poorly available, especially in Amazonia where the climate destroys most organic materials," said Capriles. "There is no stone in this area because it is an alluvial plain (water deposited) and it is hard to find evidence of early hunter-gatherers."

The researchers -- including Capriles; Lombardo, Heinz Veit from the University of Bern; Jose Iriarte and Lautaro Hilbert from the University of Exeter; and Javier Ruiz-Pérez from Pompeu Fabra University, Barcelona, Spain -- analyzed phytoliths, tiny mineral particles that form inside plants, from radio-carbon-dated samples taken from forest island archaeological excavations and sedimentary cores. The shape of the silica-based phytoliths depends on the plants in which they form, allowing archaeologists to identify the plants that were grown in the forest islands. The team found evidence of manioc -- cassava, yuca -- 10,350 years ago, and squash 10,250 years ago. Early maize appears 6,850 years ago.

Manioc, squash, maize and other carbohydrate-rich foods such as sweet potato and peanuts probably made up the bulk of the diet in Llanos de Moxos, supplemented by fish and large herbivores.

"Archaeologists, geographers and biologists have argued for many years that Southwestern Amazonia was a probable center of early plant domestication because many important cultivars like manioc, squash, peanuts and some varieties of chili pepper and beans are genetically very close to wild plants living here," said Lombardo, who was lead author on the paper. "However, until this recent study, scientist had neither searched for, nor excavated, old archaeological sites in this region that might document the pre-Columbian domestication of these globally important crops."

The researchers suggest that their data indicate that the earliest inhabitants of Southwestern Amazonia were not just hunter-gatherers, but engaged in plant cultivation in the early Holocene. The earliest people in the area may have arrived to the region already possessing a mixed economy.