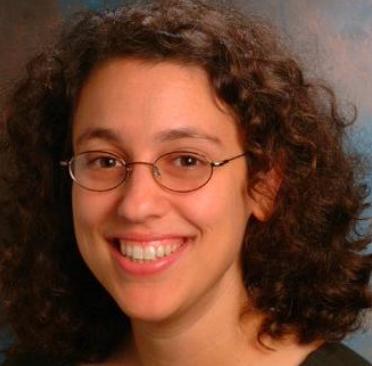 IMAGE: Linda Tropp is a professor in the Department of Psychological and Brain Sciences at the University of Massachusetts Amherst.

When different groups of people come into contact, what's the key to motivating advantaged racial groups to join historically disadvantaged racial minority groups to strive for racial equality and social justice? It's a complex conundrum studied for years by social scientists like Linda Tropp, professor of social psychology at the University of Massachusetts Amherst.

Her latest research, published in the International Journal of Intercultural Relations, tested and supported Tropp and colleagues' proposition that having open communication about group differences is a crucial pathway.

While greater contact between racial groups is typically associated with less prejudice, it hasn't been clear what may lead members of advantaged racial groups to take concrete actions to promote equality and change society. Prior research suggests that advantaged racial groups prefer to focus on commonalities between groups rather than discuss group differences, which may not lead to action to change the status quo.

Tropp, who for more than two decades has studied how members of different groups experience contact with each other, theorized that communicating openly about power differences across racial lines might well be the game-changing catalyst for white Americans to be moved to do something to address racial inequality.

"The prevailing assumption is that members of advantaged groups don't want to talk about group differences in power. It's not a pleasant or comfortable thing for us to do; but it's a valuable and worthwhile thing, and we need to grow accustomed to doing it," Tropp says. "And the more we talk about group differences in power, the more we can become motivated to take action and support policies that would benefit groups other than our own."

The researchers conducted studies in two distinct national contexts to test their hypothesis that "the more [that] members of advantaged groups do communicate with members of disadvantaged groups about group differences in power..., the more willing they should be to take action to promote intergroup equality."

In the first study, 259 white Americans completed online surveys in 2015 that examined how they, as advantaged group members, communicate about group differences with Black Americans. Analysis of the findings "offers initial support for our hypothesis that greater contact with Black people would predict Whites' greater willingness to engage in collective action for racial justice through the pathway of greater communication about group differences in power," the paper states.

In the second study, conducted in Turkey, 267 Turks - the advantaged majority group - completed surveys about their contact and communication with Kurds, the disadvantaged ethnic minority group that has suffered a long history of human rights violations and ongoing discrimination in Turkey. This study also confirmed the significance of communicating about power differences.

"Our views of the world are a function of our lived experience," Tropp says. "The mere act of being willing to listen and accept the validity of the experiences of people who are different from you is a profound step toward bridging difference and building unity."