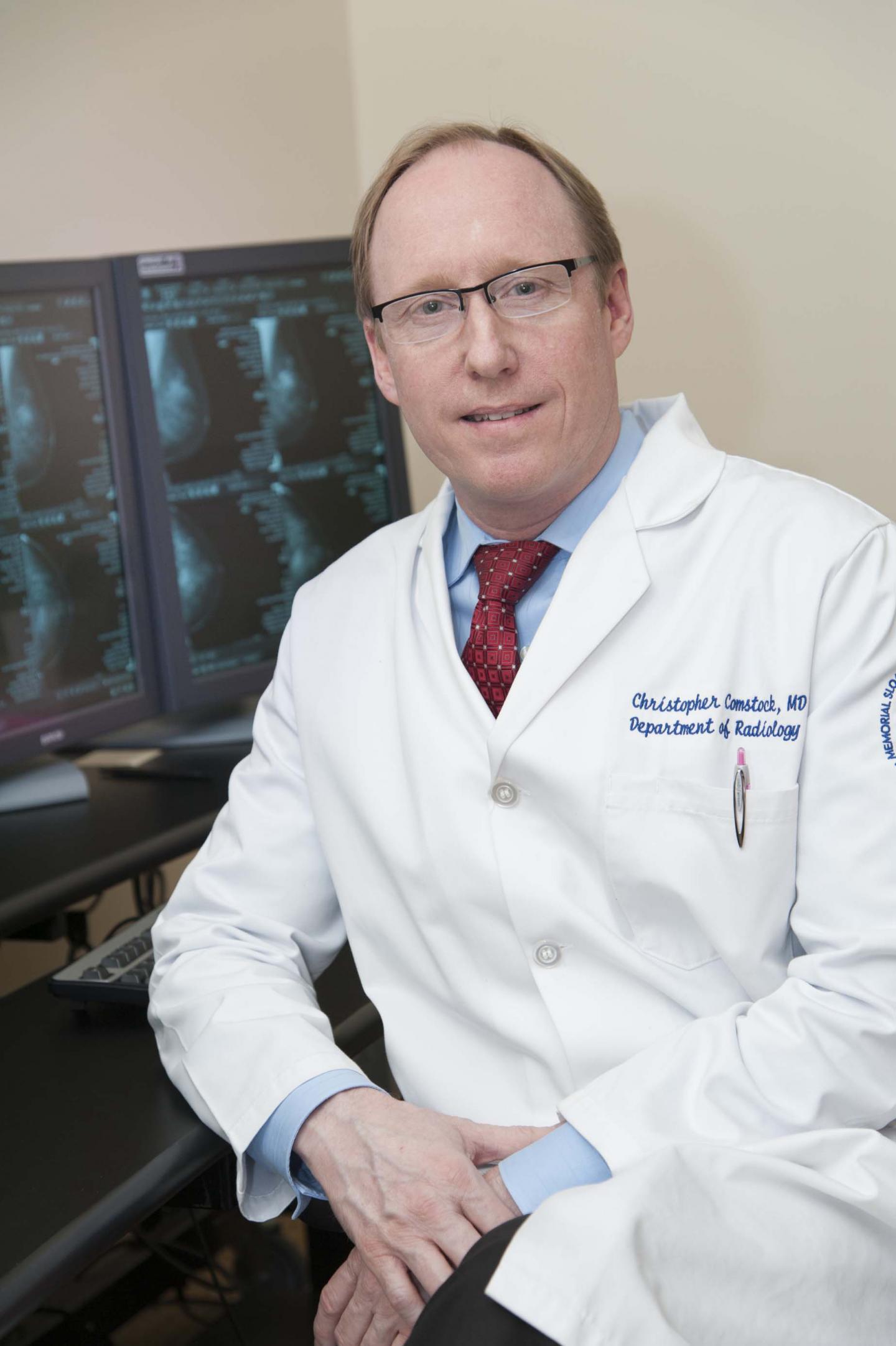 IMAGE: Dr. Comstock (Memorial Sloan Kettering Cancer Center) is the lead author of a paper in JAMA that reports that abbreviated breast MRI detected significantly more (almost 2 and a half...

According to a study published today in the Journal of the American Medical Association, abbreviated breast magnetic resonance imaging (MRI) detected significantly more cancers than digital breast tomosynthesis (3-D mammography) in average-risk women with dense breast tissue. The study compared the 10-minute MRI exam to 3-D mammography, in women with dense breasts, because the ability of mammography to detect breast cancer is limited in these women. The ECOG-ACRIN Cancer Research Group (ECOG-ACRIN) designed and conducted the study (EA1141) with funding from the National Cancer Institute, part of the National Institutes of Health, and Bracco Diagnostics Inc. (Monroe Township, NJ).

According to Christopher E. Comstock, MD, the publication's lead author, "When screening women at average risk with dense breasts, we found that abbreviated breast MRI detected significantly more (almost two and a half times as many) breast cancers as 3-D mammography. We also found that the abbreviated breast MRI was well tolerated by women, with very few side effects."

Despite current screening methods, over 40,000 women die each year from breast cancer. The ability of mammography to detect breast cancer is especially limited in women with dense breast tissue. Having dense breasts is not an abnormal condition; in fact, about half of all women over the age of 40 have dense breasts.

Breast MRI is a screening test that uses radio waves to capture images following intravenous injection of contrast dye. Because it is not limited by breast density, MRI offers the highest cancer detection rate of all breast imaging modalities. However, breast MRI is more expensive than a mammogram, takes longer to perform (45 minutes compared to about 15 minutes for a mammogram) and requires an injection.

Although most evidence exists for using MRI to screen the small proportion of women at very high risk of breast cancer, there is accumulating evidence, pioneered by Christiane K. Kuhl, MD, PhD (Chairman of Radiology at University Hospital Aachen and the publication's senior author), that the higher sensitivity of MRI is also seen in women at average risk.

As Dr. Comstock explained, "Although MRI is undoubtedly the most sensitive test for detecting breast cancer, it is not being used to screen the large number of average-risk women with dense breasts due to its high cost and time to perform. Abbreviated breast MRI is a 10-minute test that reduces the complexity and cost of MRI by shortening the time it takes to perform and interpret the exam. The EA1141 results will hopefully give far more women access to this powerful tool in the fight against breast cancer."

Women were eligible to participate in the study if they were between the ages of 40 and 75, had dense breasts on their prior mammogram, and did not currently have breast cancer or any clinical symptoms. This analysis pertains to 1,444 trial participants, all of whom were screened with both 3-D mammography and abbreviated MRI within 24 hours. The images were interpreted independently by two different board-certified breast radiologists who remained blinded to the results of the other modality.

Participants were screened twice in the study, first as a baseline and again after one year, and are being followed for three additional years. Enrollment took place over 11 months (December 2016 - November 2017) at 47 centers in the US and one in Germany. The US centers are a mixture of academic, community hospital, and private institutions throughout the country.

There were no patients with interval cancers, which are cancers detected within 12 months after a screening exam interpreted as normal. However, the abbreviated MRI led to slightly more false-positive results, including recommendations for biopsies of findings that turned out not to be cancer.

According to Dr. Comstock, "While these early results are promising, further studies are needed to evaluate the cost-effectiveness of widespread screening with abbreviated breast MRI and its impact on reducing breast cancer mortality. Currently, only a few centers offer abbreviated breast MRI and it is not covered by insurance. Our hope is that study EA1141 will provide the impetus for more centers to provide this new test and that insurers will see its benefit to improve early detection of breast cancer."