A first step in learning by imitation, baby brains respond to another's actions

Imitation may be the sincerest form of flattery for adults, but for babies it's their foremost tool for learning. As renowned people-watchers, babies often observe others demonstrate how to do things and then copy those body movements. It's how little ones know, usually without explicit instructions, to hold a toy phone to the ear or guide a spoon to the mouth.

Now researchers from the University of Washington and Temple University have found the first evidence revealing a key aspect of the brain processing that occurs in babies to allow this learning by observation.

The findings, published online Oct. 30 by PLOS ONE, are the first to show that babies' brains showed specific activation patterns when an adult performed a task with different parts of her body. When 14-month-old babies simply watched an adult use her hand to touch a toy, the hand area of the baby's brain lit up. When another group of infants watched an adult touch the toy using only her foot, the foot area of the baby's brain showed more activity.

"Babies are exquisitely careful people-watchers, and they're primed to learn from others," said Andrew Meltzoff, co-author and co-director of the UW Institute for Learning & Brain Sciences. "And now we see that when babies watch someone else, it activates their own brains. This study is a first step in understanding the neuroscience of how babies learn through imitation." 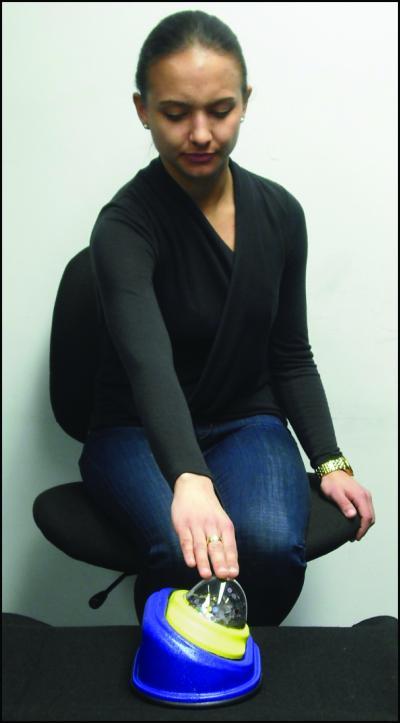 The study took advantage of how the brain is organized. The sensory and motor area of the cortex, the outer portion of the brain known for its creased appearance, is arranged by body part with each area of the body represented in identifiable neural real estate. Prick your finger, stick out your tongue, or kick a ball and distinct areas of the brain light up according to a somatotopic map.

Other studies show that adults show this somatotopic brain activation while watching someone else use different body parts, suggesting that adults understand the actions of others in relation to their own bodies. The researchers wondered whether the same would be true in babies.

The 70 infants in the study wore electroencephalogram, or EEG, caps with embedded sensors that detected brain activity in the regions of the cortex that respond to movement or touch of the feet and hands. Sitting on a parent's lap, each baby watched as an experimenter touched a toy placed on a low table between the baby and the experimenter.

The toy had a clear plastic dome and was mounted on a sturdy base. When the experimenter pressed the dome with her hand or foot, music played and confetti in the dome spun. The experimenter repeated the action – taking breaks after every four presses – until the baby lost interest.

"Our findings show that when babies see others produce actions with a particular body part, their brains are activated in a corresponding way," said Joni Saby, lead author and a psychology graduate student at Temple University in Philadelphia. "This mapping may facilitate imitation and could play a role in the baby's ability to then produce the same actions themselves." 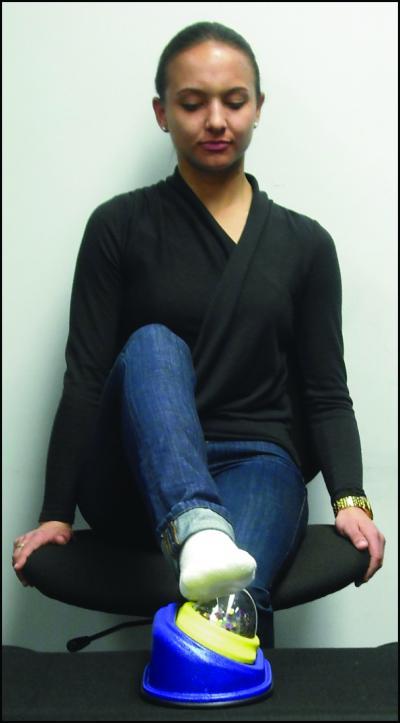 One of the basics for babies to learn is how to copy what they see adults do. In other words, they must first know that it is indeed their hand and not their foot, mouth or other body part that is needed.

The new study shows that babies' brains are organized in a somatotopic way that helps crack the interpersonal code. The connection between doing and seeing actions maps hand to hand, foot to foot, all before they can name those body parts through language.

"The reason this is exciting is that it gives insight into a crucial aspect of imitation," said co-author Peter Marshall, an associate psychology professor at Temple University. "To imitate the action of another person, babies first need to register what body part the other person used. Our findings suggest that babies do this in a particular way by mapping the actions of the other person onto their own body."

Meltzoff added, "The neural system of babies directly connects them to other people, which jump-starts imitation and social-emotional connectedness and bonding. Babies look at you and see themselves." 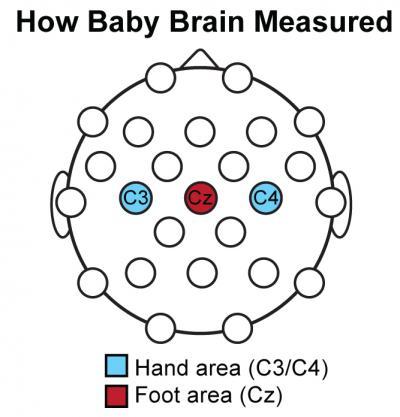 Using EEG caps worn by the babies, the researchers measured from the hand and foot regions of the brain.