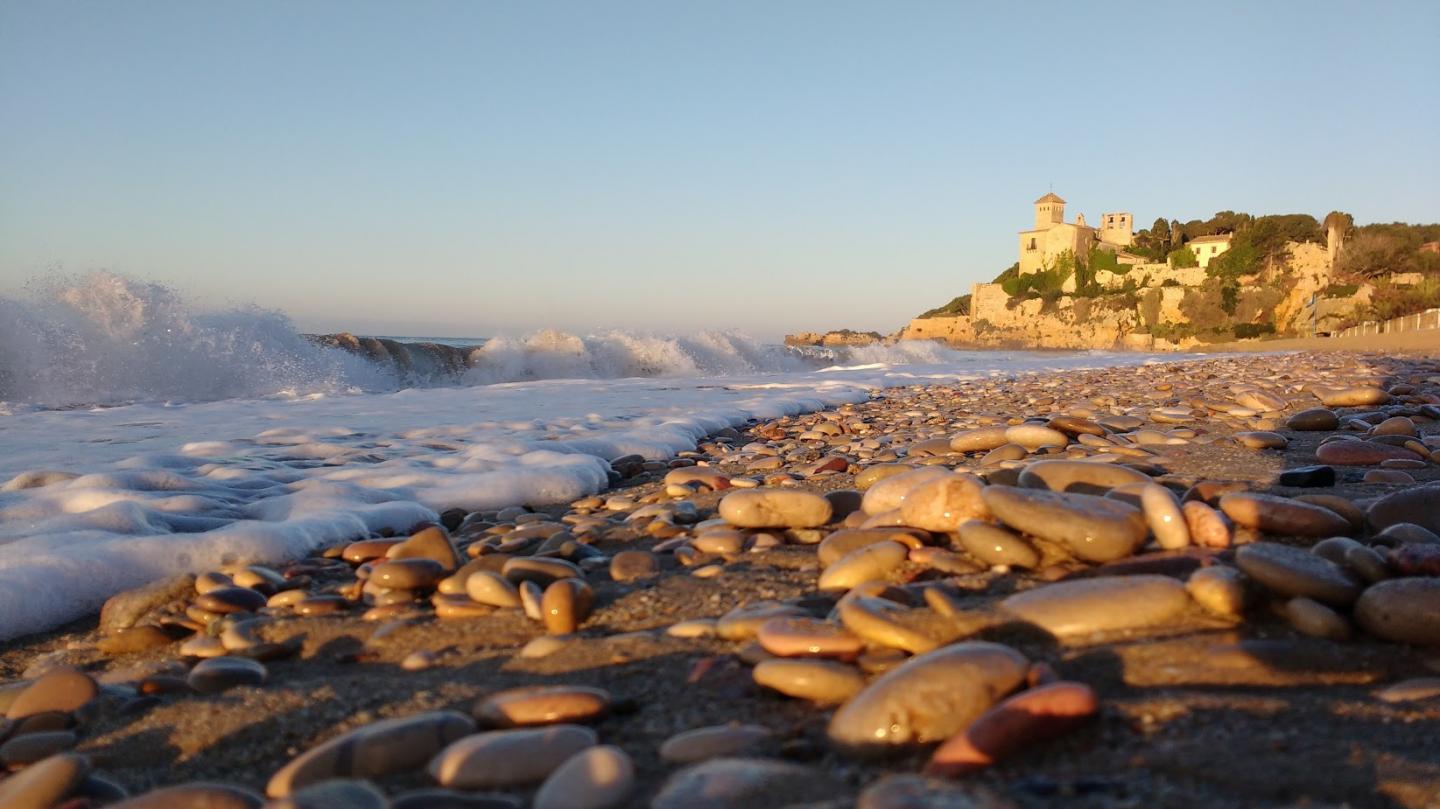 IMAGE: The researchers are analysing samples of sea water, marine sediment and sand from Tarragona beaches.

The sea water, beaches and sediments on the Tarragona coast contain quantities of plastic similar to those in a big city like Barcelona. And more than half are clothing fibres from washing machines. This is one of the main findings of a study carried out by researchers from the URV's research group Tecnatox and presented last week at a congress in Helsinki. They are not referring exclusively to the plastic waste that can be seen floating on the water or being washed up by the waves. What most concerns them is the presence of microscopic plastic waste that cannot be seen by the naked eye but which can have an impact on human health. It is the study of these particles and their effects that is the main objective of the researchers from the URV's Department of Chemical Engineering and the Department of Biochemistry and Molecular Biology. In a series of pioneering studies that were initiated in 2018, they analysed samples of sea water, marine sediment and sand from Tarragona beaches to determine the presence of plastics and their possible source.

These plastics are washed into the sea by streams and large rivers like the Ebro, as well as by the drainage system and underwater outfalls. They also come from industrial discharges of plastic polymers and direct discharges into the sea by boats. Recent studies, however, have revealed other possible sources of pollution: for example, synthetic fibres that come from clothes during washing. From the samples taken from the Tarragona coast, the researchers have observed that up to 57% of all the plastics analysed from sea water are microscopic fibres from clothes, which flow into the treatment parts and which are only partially removed before the water is finally discharged into the sea.

The results of analysing the sediments and the sand from the beaches revealed the existence of microscopic plastics belonging to three main groups: polypropylene (42%), polystyrene (37%) and polyethylene (16%). All these plastics are the waste products of everyday things such as bags, wrappings, containers and recipients of all sorts. The plastic that is washed up on the beaches does not degrade; it is only broken up into increasingly smaller pieces by the force of the waves. These small pieces of plastic are referred to as microplastics when they are just a few millimetres in size (up to 5) and as nanoplastics when they are smaller than one millimetre. The presence of this waste in the sea is not just a problem of pollution; it is also a health risk. Microplastics can be ingested by humans in food, which does not necessarily have to be seafood. Both marine invertebrates, such as molluscs and crustaceans, and the fish that live on the sea bed ingest the microscopic pieces of plastic in the water and the sediment. Depending on the size of these pieces they can block the digestive tract and cause death or are still in their digestive system when caught.

Marine plastics also absorb potentially toxic heavy metals and organic molecules. These plastics remain in the digestive system of marine organisms and, therefore, can be passed on to the people who eat them. The next step is to study whether the smallest plastics - that's to say, nanoplastics - can cross the membranes of cells in the liver, kidney and nervous system. In this regard, the TecnATox researchers are developing new methods for detecting these nanoplastics in biological cells that will make it possible to evaluate the harmful effects of this waste on human health.