Search for element 113 concluded at last

The most unambiguous data to date on the elusive 113th atomic element has been obtained by researchers at the RIKEN Nishina Center for Accelerator-based Science (RNC). A chain of six consecutive alpha decays, produced in experiments at the RIKEN Radioisotope Beam Factory (RIBF), conclusively identifies the element through connections to well-known daughter nuclides. The groundbreaking result, reported in the Journal of Physical Society of Japan, sets the stage for Japan to claim naming rights for the element.

The search for superheavy elements is a difficult and painstaking process. Such elements do not occur in nature and must be produced through experiments involving nuclear reactors or particle accelerators, via processes of nuclear fusion or neutron absorption. Since the first such element was discovered in 1940, the United States, Russia and Germany have competed to synthesize more of them. Elements 93 to 103 were discovered by the Americans, elements 104 to 106 by the Russians and the Americans, elements 107 to 112 by the Germans, and the two most recently named elements, 114 and 116, by cooperative work of the Russians and Americans. 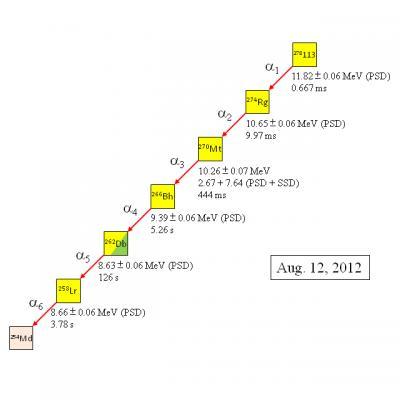 With their latest findings, associate chief scientist Kosuke Morita and his team at the RNC are set follow in these footsteps and make Japan the first country in Asia to name an atomic element. For many years Morita's team has conducted experiments at the RIKEN Linear Accelerator Facility in Wako, near Tokyo, in search of the element, using a custom-built gas-filled recoil ion separator (GARIS) coupled to a position-sensitive semiconductor detector to identify reaction products. On August 12, those experiments bore fruit: zinc ions travelling at 10% the speed of light collided with a thin bismuth layer to produce a very heavy ion followed by a chain of six consecutive alpha decays identified as products of an isotope of the 113th element (Figure 1). 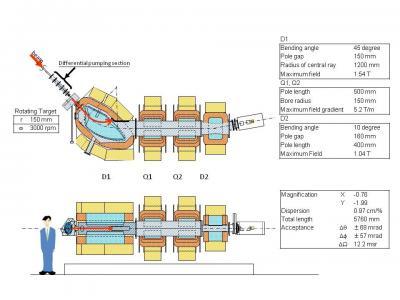 While the team also detected element 113 in experiments conducted in 2004 and 2005, earlier results identified only four decay events followed by the spontaneous fission of dubnium-262 (element 105). In addition to spontaneous fission, the isotope dubnium-262 is known to also decay via alpha decay, but this was not observed, and naming rights were not granted since the final products were not well known nuclides at the time. The decay chain detected in the latest experiments, however, takes the alternative alpha decay route, with data indicating that dubnium decayed into lawrencium-258 (element 103) and finally into mendelevium-254 (element 101). The decay of dubnium-262 to lawrencium-258 is well known and provides unambiguous proof that element 113 is the origin of the chain.

Combined with their earlier experimental results, the team's groundbreaking discovery of the six-step alpha decay chain promises to clinch their claim to naming rights for the 113th element.

"For over 9 years, we have been searching for data conclusively identifying element 113, and now that at last we have it, it feels like a great weight has been lifted from our shoulders," Morita said. "I would like to thank all the researchers and staff involved in this momentous result, who persevered with the belief that one day, 113 would be ours. For our next challenge, we look to the uncharted territory of element 119 and beyond." 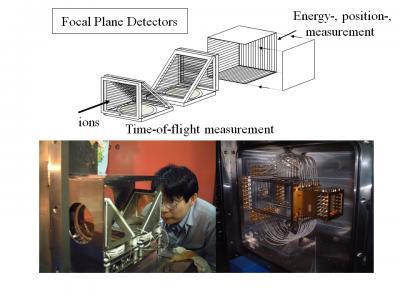