Pollution can make citizens - both rich and poor - go green

People living in China's cities who say they've been exposed to environmental harm are more likely to begreen: re-using their plastic grocery bags or recycling. Moreover, the study, published this week in the international journal AMBIO, indicates that the poor would sacrifice economic gain to protect their environment.

"The human and natural worlds are tightly coupled and we cannot protect the environment without empirical studies on how rich and poor people are understanding and reacting to the natural world around them." said Jianguo "Jack" Liu, a co-author of the AMBIO paper and director of the Center for Systems Integration and Sustainability (CSIS) at Michigan State University.

The paper, "How Perceived Exposure to Environmental Harm Influences Environmental Behavior in Urban China," flies in the face of the conventional wisdom that the poor cannot afford to protect the environment.

"We feel it's a major contribution to provide empirical evidence that environmental harm is one of the most important predictors of environmental behavior," said Xiaodong Chen, who conducted the study while working on his doctorate at CSIS. 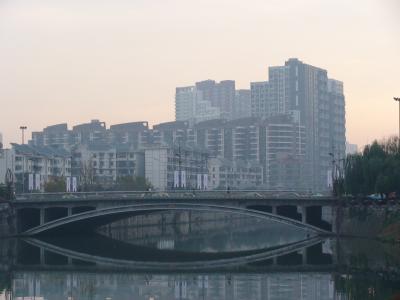 Indeed, the growing environmental consciousness in China has been accompanied by increased involvement by the public in environmental protection. For instance, the paper notes that in 2005 there were some 1,000 protests per week related to environmental pollution in China, a number projected to increase rapidly.

The people taking the survey were allowed to define environmental harm for themselves.

"Basically, it means that if people are affected by environmental harm, they feel they should do something positive, and something they themselves can control," Chen said.