Schoolteachers who underwent a short but intensive program of meditation were less depressed, anxious or stressed – and more compassionate and aware of others' feelings, according to a UCSF-led study that blended ancient meditation practices with the most current scientific methods for regulating emotions.

Teachers who practiced meditation in a short yet intensive program were more calm and compassionate, according to a new study led by UCSF.

A core feature of many religions, meditation is practiced by tens of millions around the world as part of their spiritual beliefs as well as to alleviate psychological problems, improve self-awareness and to clear the mind. Previous research has linked meditation to positive changes in blood pressure, metabolism and pain, but less is known about the specific emotional changes that result from the practice.

The new study was designed to create new techniques to reduce destructive emotions while improving social and emotional behavior.

The study will be published in the April issue of the journal Emotion.

"The findings suggest that increased awareness of mental processes can influence emotional behavior," said lead author Margaret Kemeny, PhD, director of the Health Psychology Program in UCSF's Department of Psychiatry. "The study is particularly important because opportunities for reflection and contemplation seem to be fading in our fast-paced, technology-driven culture."

Altogether, 82 female schoolteachers between the ages of 25 and 60 participated in the project. Teachers were chosen because their work is stressful and because the meditation skills they learned could be immediately useful to their daily lives, possibly trickling down to benefit their students.

The study arose from a meeting in 2000 between Buddhist scholars, behavioral scientists and emotion experts at the home of the Dalai Lama. There, the Dalai Lama and Paul Ekman, PhD, a UCSF emeritus professor and world expert in emotions, pondered the topic of emotions, leading the Dalai Lama to pose a question: In the modern world, would a secular version of Buddhist contemplation reduce harmful emotions? 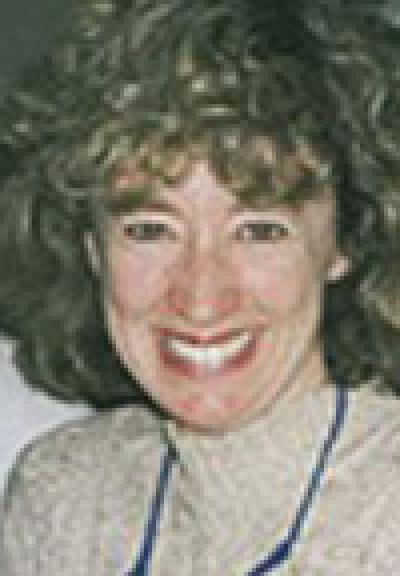 This is Margaret Kemeny, Ph.D.

In the randomized, controlled trial, the schoolteachers learned to better understand the relationship between emotion and cognition, and to better recognize emotions in others and their own emotional patterns so they could better resolve difficult problems in their relationships. All the teachers were new to meditation and all were involved in an intimate relationship.

"We wanted to test whether the intervention affected both personal well-being as well as behavior that would affect the well-being of their intimate partners," said Kemeny.

As a test, the teachers and their partners underwent a "marital interaction" task measuring minute changes in facial expression while they attempted to resolve a problem in their relationship. In this type of encounter, those who express certain negative facial expressions are more likely to divorce, research has shown.

Some of the teachers' key facial movements during the marital interaction task changed, particularly hostile looks which diminished. In addition, depressed mood levels dropped by more than half. In a follow-up assessment five months later, many of the positive changes remained, the authors said.

"We know much less about longer-term changes that occur as a result of meditation, particularly once the 'glow' of the experience wears off," Kemeny said. "It's important to know what they are because these changes probably play an important role in the longer-term effects of meditation on mental and physical health symptoms and conditions."

The study involved researchers from a number of institutions including UCSF, UC Davis, and Stanford University.