BUFFALO, N.Y. -- A new gonorrhea treatment, based on an anti-cancer therapy developed by a Buffalo startup company, has successfully eliminated gonococcal infection from female mice and prevented reinfection, according to research published today by University at Buffalo scientists in the Journal of Infectious Diseases.

Through TherapyX Inc., an early stage biotech company in Buffalo, the UB researchers have a $300,000 Small Business Innovation Research grant to develop the technology to treat and prevent gonorrhea infection. UB's Office for Science, Technology Transfer and Economic Outreach has filed for patent protection.

More than 100 million new gonococcal infections occur each year around the globe, according to the World Health Organization, which warns of a pending gonorrhea crisis due to soaring drug resistance rates. The infection can be asymptomatic but it also can cause extremely painful urination in men and pelvic inflammatory disease, which can lead to infertility and ectopic pregnancy in women. It may also make individuals more susceptible to infection with HIV/AIDS.

"We developed the concept that gonococcal infection seems to inhibit specific adaptive immune responses, which is, in part, why people can become infected with it multiple times," explains Michael W. Russell, PhD, professor of microbiology and immunology in the UB School of Medicine and Biomedical Sciences and senior author on the paper. "It turns out that gonococcal infection very cleverly controls the immune system, inducing responses the bacterium can fight and suppressing the responses that it cannot fight."

In considering how to modify the immune response to gonococcal infection, Russell became intrigued with an anti-cancer therapy being developed by a UB medical school colleague.

Nejat K. Egilmez, PhD, professor of microbiology and immunology at UB, and a co-author on the current paper, developed NanoCap, a sustained-release nanoparticle treatment that uses Interleukin-12, a cytokine or protein that helps stimulate an immune response against tumors that normally suppress immunity. Egilmez co-founded TherapyX Inc. to commercialize this and other drug formulations. 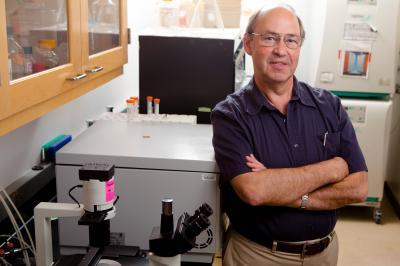 Russell and colleagues at UB have developed a new way to stimulate an adaptive immune response to gonococcal infection.

"We had the idea that maybe these IL-12 microspheres that they were developing against tumors could be used to generate an immune response against gonococcal infection as well," says Russell. "This research proves that they can."

The current study describes how the IL-12 microspheres, administered intravaginally in mice, resulted in the development of a specific adaptive immune response -- development of antibodies specific to N. gonorrhoeae -- and clearance of the infection within days. One month later, attempts to reinfect these mice with the bacterium failed, demonstrating that the animals had retained the ability to fight reinfection.

"With this treatment, we have reversed the immunosuppression that gonococcal infection normally causes and allowed an effective immune response to develop," says Russell. "It could be argued that when the IL-12 microspheres are administered this way, they serve as an adjuvant that, in effect, converts the gonococcal infection into a live vaccine, thus essentially vaccinating the very population that is at risk for repeat infections."

And because it may circumvent the growing resistance of this bacterium and others to antibiotics, this treatment method also may open up new approaches for the development of non-resistant treatments for other infectious diseases, Russell says.

"Here, we are delivering cytokines locally right to the site of infection," he says. "If we can use this method to teach the immune system to generate the right kind of response to other recalcitrant infections, then we could have a new approach to treat a range of infectious diseases without stimulating drug resistance."

The immunity developed in the mice lasted for one month. Russell plans to see if the immunity can last longer in mice and then ultimately, to test it in humans.