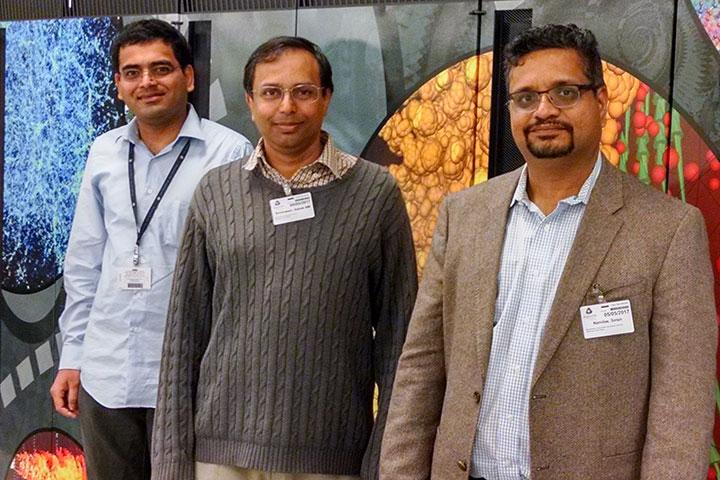 TALLAHASSEE, Fla. -- During major epidemics, cramped airplane cabins are fertile ground for the spread of infection, but new research suggests changing routine boarding protocols could be a key to reducing rampant transmission of disease.

In response to the 2014 Ebola outbreak that grounded hundreds of international flights, Florida State University Associate Professor of Computer Science Ashok Srinivasan set out to investigate the mechanics of infection spread on high-occupancy aircraft. Under Srinivasan's leadership, his team found that current zoned boarding procedures may play an outsized role in spreading disease, and they offered a raft of policy suggestions that could, if strategically implemented, mitigate transmission.

The research appeared in the journal Physical Review.

"There's been a lot of boarding and deplaning research framed in terms of speed and efficiency, but we aren't looking for efficiency. We're looking to decrease the spread of disease," Srinivasan said. "It turns out that procedures that are generally good at getting people onto a plane very fast are also very bad at preventing infection."

The team used sophisticated supercomputer simulations to identify air-travel procedures most prone to the spread of infection. Their findings are enough to unnerve frequent fliers: Not only is boarding more dangerous than deplaning in terms of disease transmission, but the three-zone boarding system so commonly used among popular airlines is appreciably worse than the alternatives.

It's the clustered, huddled crowds that make the multiple-zone systems, where parceled groups of passengers board in congregated groups, so ripe for contagion.

"While deplaning is a fairly fast and efficient process in terms of avoiding the spread of infection, our model shows that boarding the plane is the big problem," Srinivasan said. "When you have many zones, people in the same zone tend to come very close to each other, close enough to easily transmit infections."

According to the researchers, a better option might be a two-zone system where the plane is divided lengthwise in dual columnar sections, with passengers in each section boarding at random. While this system might sacrifice efficiency, the randomized boarding patterns help reduce the clustered crowds where infections flourish.

"When you have passengers board randomly, people are less likely to spend extended periods of time close to each other," Srinivasan said. "On the whole, random boarding does take longer, but if passengers had to choose between getting Ebola and being seated a few minutes later, we suspect they'd prefer the latter."

The study also revealed that, perhaps counterintuitively, smaller planes are less likely to condition the spread of infection than larger planes. Again, Srinivasan said it has to do with the presence of large, compact crowds -- the perfect environment for communicable diseases.

Using powerful computer simulations in lieu of reams of aggregated data, Srinivasan and his team evaluated the dynamics of disease transmission as it exists in the real world.

The researchers approached the simulations with a focus on granularity, accounting for minute, variable human behavioral patterns like how long passengers take to stow their overhead luggage or how long a straggler might dawdle in the aisle. If conducted on a solitary computer, one set of this kind of simulation model would take 20 years to produce results. On the massively parallel Blue Waters supercomputer housed in the National Center for Supercomputing Applications, one cycle took 20 minutes.

These refined models allowed the researchers to cut through the inherent unpredictability of human behavior and evaluate the relative benefits of different procedures.

For example, the researchers' model suggested that, under certain circumstances and with current boarding protocols in place, an Ebola outbreak would result in a 67 percent probability of more than 20 new air-travel-related infections per month. Substituting smaller planes and better boarding strategies, that probability was reduced to 13 percent.

If implemented temporarily in response to a major epidemic, these procedures could go a long way in curtailing widespread disease transmission.

"When outbreaks occur, there are often calls for wholesale flight cancellations, but this can harm countries that are already reeling under the onslaught of an epidemic," Srinivasan said. "Our research provides insight on the tradeoffs involved in the different policy options. Decision makers need to consider which policies are best, the practical steps that need to be taken and which tradeoffs they're willing to make."